As we drove along yesterday on a long drive, my husband and I were listening to passages from the book of Helaman in the Book of Mormon for his morning scripture study.  a thought suddenly occurred to me… These people were Old Testament people.   They had not yet met the Savior, even they had firm testimonies of Jesus Christ.  They would have been speaking language more closely related to Hebrew.  They would have called Him Something closer to Messiah.

I became obsessed with the idea all day.  Ever moment I didn’t have to think about something else, my mind was focusing on all the name for Christ and how those meanings help us to better understand Him and is mission among the children of men.

I ask my husband to Google the meaning of Lord. (I was driving and needed to focus my eyes on the road even if my brain was focused on this topic).

My mind raced along.  These definitions definitely describe the role of Jesus Christ in my life.  However, I wanted a deeper understanding.   I asked him to keep searching.  He found an interesting article published in the Ensign by Keith H. Meservy entitled LORD= Jehovah.  He mentioned that it was Hebrew tradition to treat the word, Jehovah, with great reverence.  Jehovah is the name of God, and devout Jews, never said His name.  Instead they substituted Adonai, a Hebrew title meaning “Lord.”

I wanted to know why little monks, feverishly translating the Bible would have picked the word LORD to replace the Hebrew word.  It seemed that they wanted to honor the Jewish tradition of substituting LORD for Jehovah out of respect.

I did more searching and pondering. 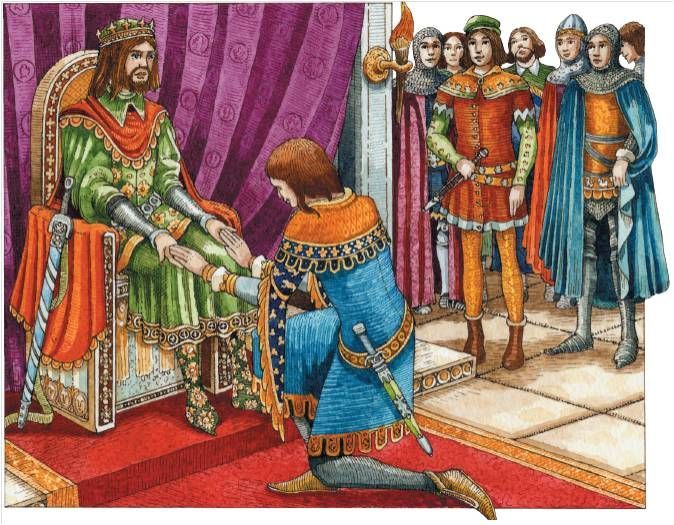 I found that Lords in the Middle ages (the time when those faithful monks would have been doing their best to translate the Bible into their languages) leased land to other individuals.  A lord would usually have more than one tenant.  A lord would have to be nobility before they could be considered a lord.  Lords leased property to a vassal, who then paid them and was responsible to them.  Lords and vassals existed under the feudal system.  I guess this explanation makes a lord of the past like a landlord of today.

That does make sense.  We live on this beautiful planet because of the grace of its creator.  He expects us to care for His property.  Even our children are on loan to us.

I also learned that for many centuries, Lord is a respectful title for a person, usually male, who had authority or power over others.  This too defines a role of Jesus Christ in my life.

It also dawned on me that a good lord protected his “people” and provided for them.  A good lord was no stranger to the people who occupied his land.  He worked with the people.  He cared for his people.  His people were then loyal and faithful to him because of the love that they had developed for him.

Now, when you became subject to a lord there would be a ceremony and you would take an oath.   In this ceremony the relationship between the lord and vassal became official.  A contract was entered by the lord and the vassal in which the lord promised to always protect the vassal, while the vassal promised too always fight for the lord and his command.  Holy cow!  This is making so much sense!  It is so familiar! (Baptism covenant anyone?)  The oath was called the Oath of Fealty for the lord.  Fealty comes from the Latin word “fidelitas” which means fidelity.  The oath went something like this:  “I promise on my faith that I will in the future be faithful to the lord, never cause him harm and will observe my homage to him completely against all persons in good faith and without deceit.”  This is so exciting!  No wonder those faith monks chose the work LORD to represent the Hebrew word Adonai.

I kept studying.  I learned more!

The main obligation of the vassal was to provide military service on the command of the lord, and to provide for soldiers when the lord needed them.  They also promised to provide for those who were soldiers.  A vassal was to tend to the lord’s manor, assist the lord when needed, and to oversee the serfs and peasants on the manor.  Sounds an awful like what Alma taught as the baptismal covenant to mourn with those who mourn, to care for the poor and to stand as a witness at all times for Christ.  It sounds a lot like promising to always remember Him and to serve it Him.  It sounds a lot like putting on the armor of God, ready to defend His name and His mission to bring all to Christ for salvation. 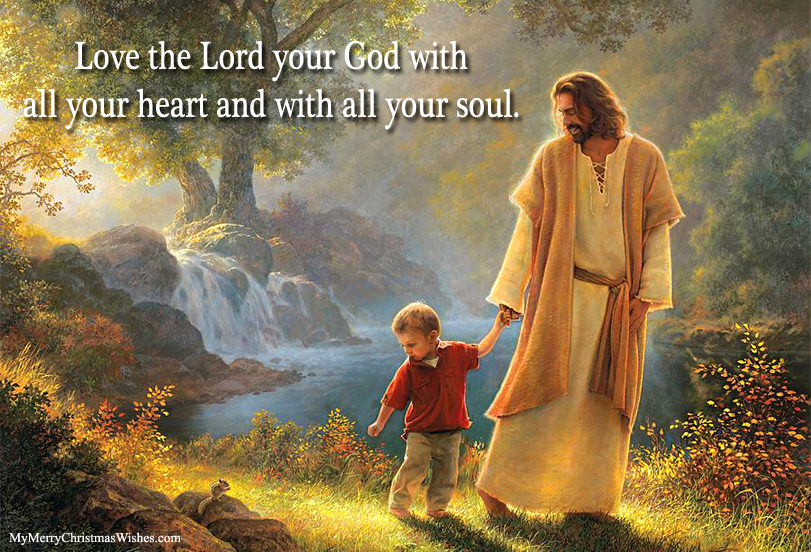 My mind is spinning and I can barely contain the excitement and enlightenment I am feeling.  Not only that, I really cannot put into words the things my soul is really beginning to understand.

Savior – means the Christ came to save His people from their sins.

Redeemer – means that Christ pays the price, redeems the debt owed justice for our souls.

Holy One – means that He is holy and without sin, being perfect in all things.

God of the Whole Earth – reflects His universal interest in all men and in their redemption.

Lord of Hosts – indicates that Christ is a God of battles.

Lord Omnipotent – means the Christ is the Lord of all, possessing all power.

Becoming aware of all these names of Christ and searching for a greater understanding of their meanings has helped me to see His influence upon the earth.  I am in awe.  Not only is Jesus Christ the center of the Old Testament, He is the dominant figure of the Book of Mormon.  The purpose of the Book of Mormon is to Convince “the Jew and Gentile that Jesus is the Christ, the Eternal God.”  The main purpose of all scripture is to verify the divine Sonship Jesus to all who “ask with a sincere heart, with real intent, having faith in Christ.” (Moro 10:4).  However, my testimony can not depend on the testimonies of others.  The conviction that Jesus is the Christ only comes when God manifests the truth of it “by the power of the Holy Ghost.” (Moro. 10:4).  I have tried Moroni’s challenge.  I have prayerfully and sincerely ask for that knowledge.

Give it try.  Look for Christ.  Dig deep into His names.  Learn more about Him.  Truly meet Him!

2 thoughts on “Finding the LORD of Lords”

It's all about you

What the Chrysanthemum Knows -- by CHRYSANTHEMUM STORIES

The Story Library for Sensory Readers