We worked on a float for the 4th of July parade for my theatre kids.  I also helped my friend’s cast create a simple set for their show.  You can read about this experience here. 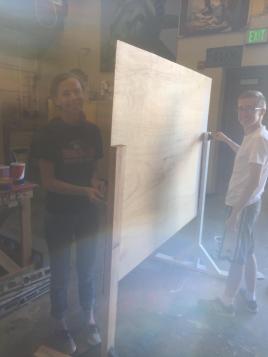 Lilli and I participated in the parade.  I drove the float with my truck.  I enjoyed chatting with Jeff and listening to Broadway tunes.  It was the best parade experience we have ever had.  It was super fun!  Plus, we won some ribbons.  LOL. 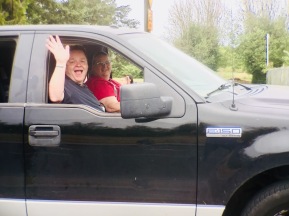 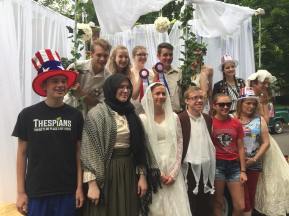 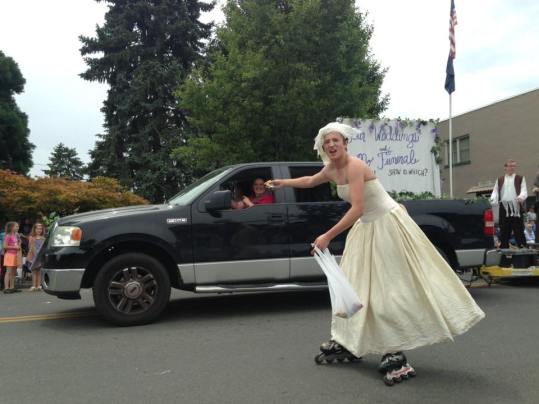 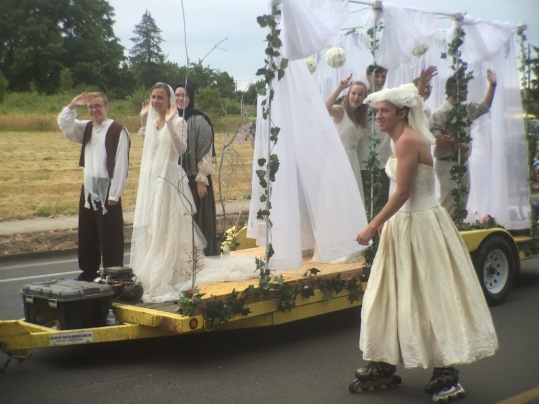 The weirdest thing is how grown up Lillian looked in a wedding dress.  That was weird.  Definitely weird.  Actually, we went shopping for wedding dresses at Goodwill.  This awesome dress was only $20.  Now Lillian is ready to shop for her future wedding dress at Goodwill.  We will have to work at making a dress like this one temple worthy, but $20 is definitely a great price to have a dress.

Meanwhile, John sat on the side of the road with Kimber and her family and other Jessops.  They were also joined by the Hilton family.  When the parade got boring, the kids drew pictures with sidewalk chalk and John experimented with taking goofy pictures. 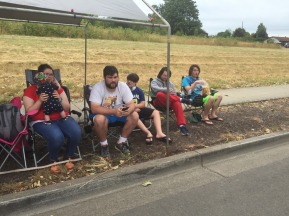 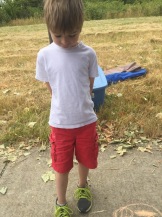 They got some fun pictures of their favorite parade moments.  Of course, our float was among them.  But they also enjoyed the high school band and the missionaries riding in the old car.  That’s funny.

After the parade, I crashed.  I slept for several hours.  I missed the dinner at the Jessops house.  John went late, waiting to see if I would wake up.  He was nice and brought me back some yummy veggies and some cute pictures of the grand kids playing on the trampoline. 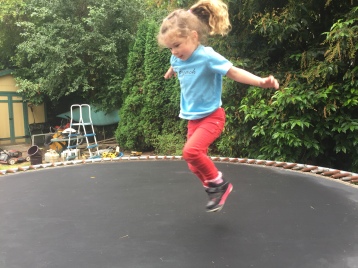 I worked long hours at CET this week.  It is exhausting!  The end of the week was wild… including our first spilled gallon of paint, issues in class and kids on the loose.  The sets are coming along very nicely.  We are making progress. 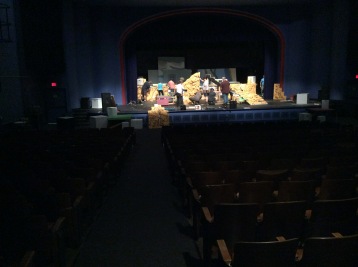 By the time we got to the end of the week we all needed a break.  Lilli took her break by going to a birthday party with her CET friends.  John went to the mountains.  I came home and taught voice lessons for a while before settling down for a quiet night watching a movie. 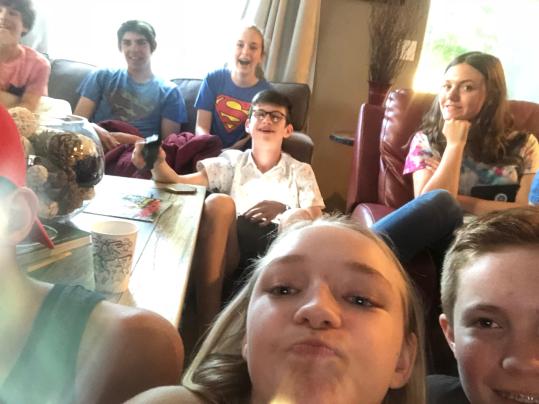 All the big kids are doing well.  Chad complained that Utah doesn’t know how to do the 4th of July.  I think McKay agrees, but she has accepted the fact by now.  They are all doing well… working… keeping track of kids… holding the fort down.

Hannah is doing well in Missouri.  She is getting used to riding her bike in the humidity.  She is gaining some stitching skills.  She was gone to explore some caves on her P-days.  She is a trainer now.  She enjoys her work, even if she is required to drive once in a while. 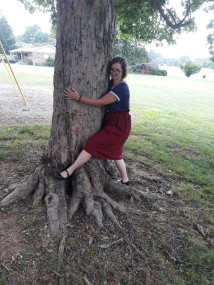 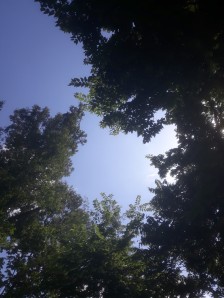