I discovered over the past few weeks that I am lacking a variety of colors in my plant foods. As I look at the pictures of the foods I ate over the past couple of weeks, I am seeing a trend toward a bland pallet. I should changing things up in the coming weeks. However, I may be a stuck a bit because I already went shopping and I don’t want to waste any of the foods I already have in my fridge. 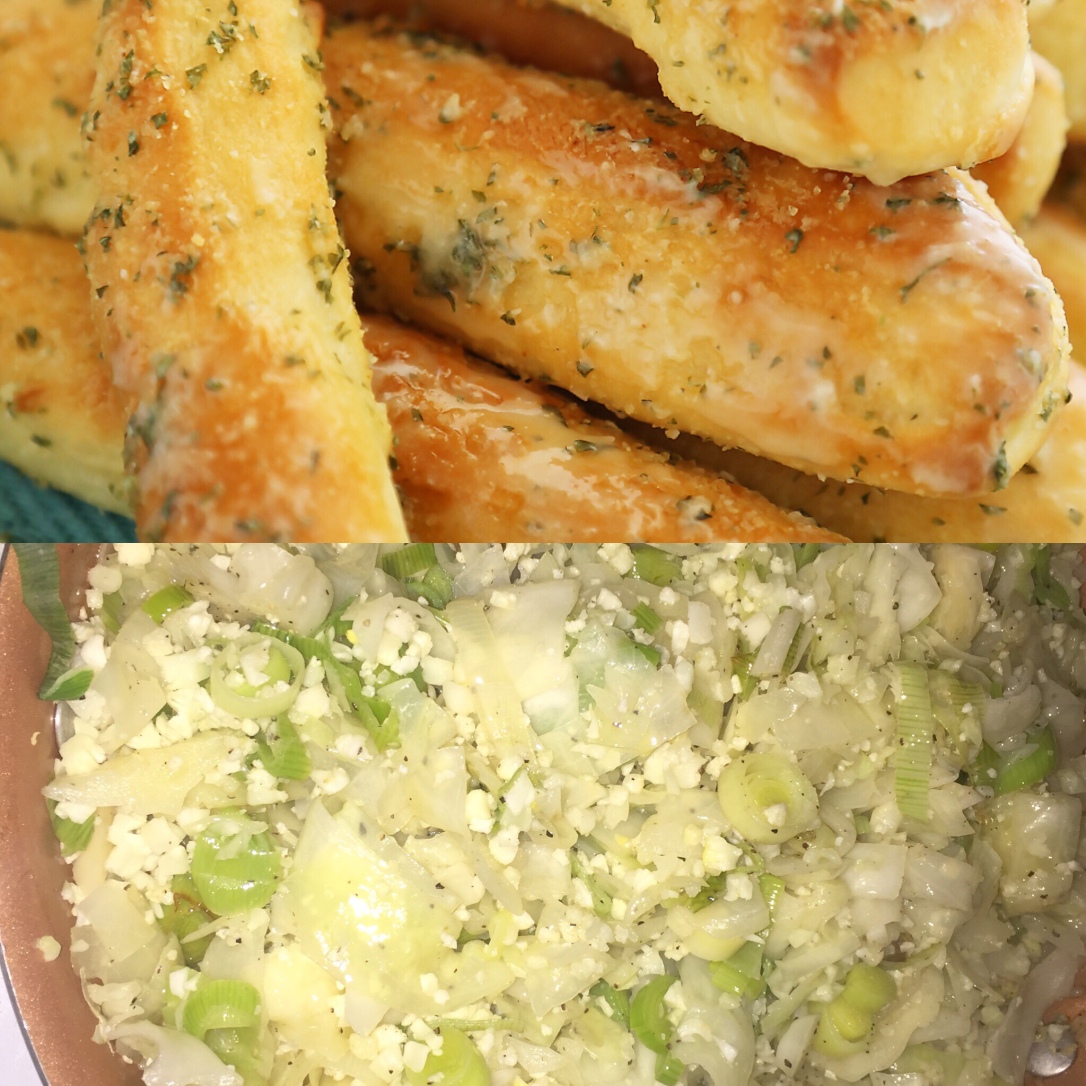 Okay… so I didn’t post last weeks meals because the internet went down last Monday, so I have a little catching up to do. I had breadsticks and sautéed cabbage. It was a busy day and I didn’t have time to eat other than that. 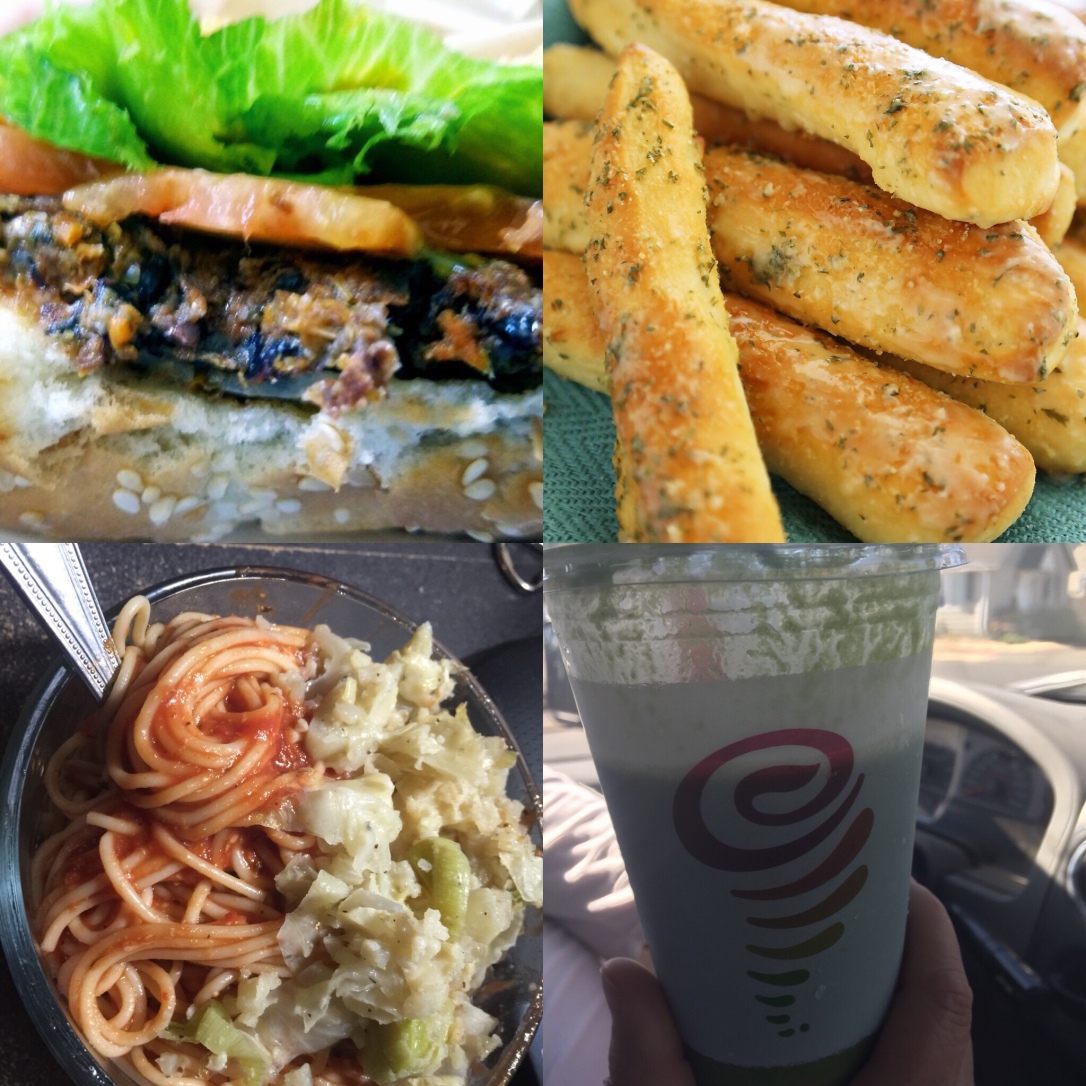 The next day I took my daughter to Jamba Juice because we had an appointment in Salem. I also had a veggie burger for lunch with her. For dinner I made spaghetti and finished off the cabbage dish and the last of the breadsticks.

The next day I had a pear for lunch. It was a busy day. I didn’t feel like cooking in the evening. So I had 2 veggie hot dogs and some potato salad. Not the best choice, but you do what you have to do.

The next day I had some homemade tomato soup and a pear for lunch. I had a southwestern salad for dinner. 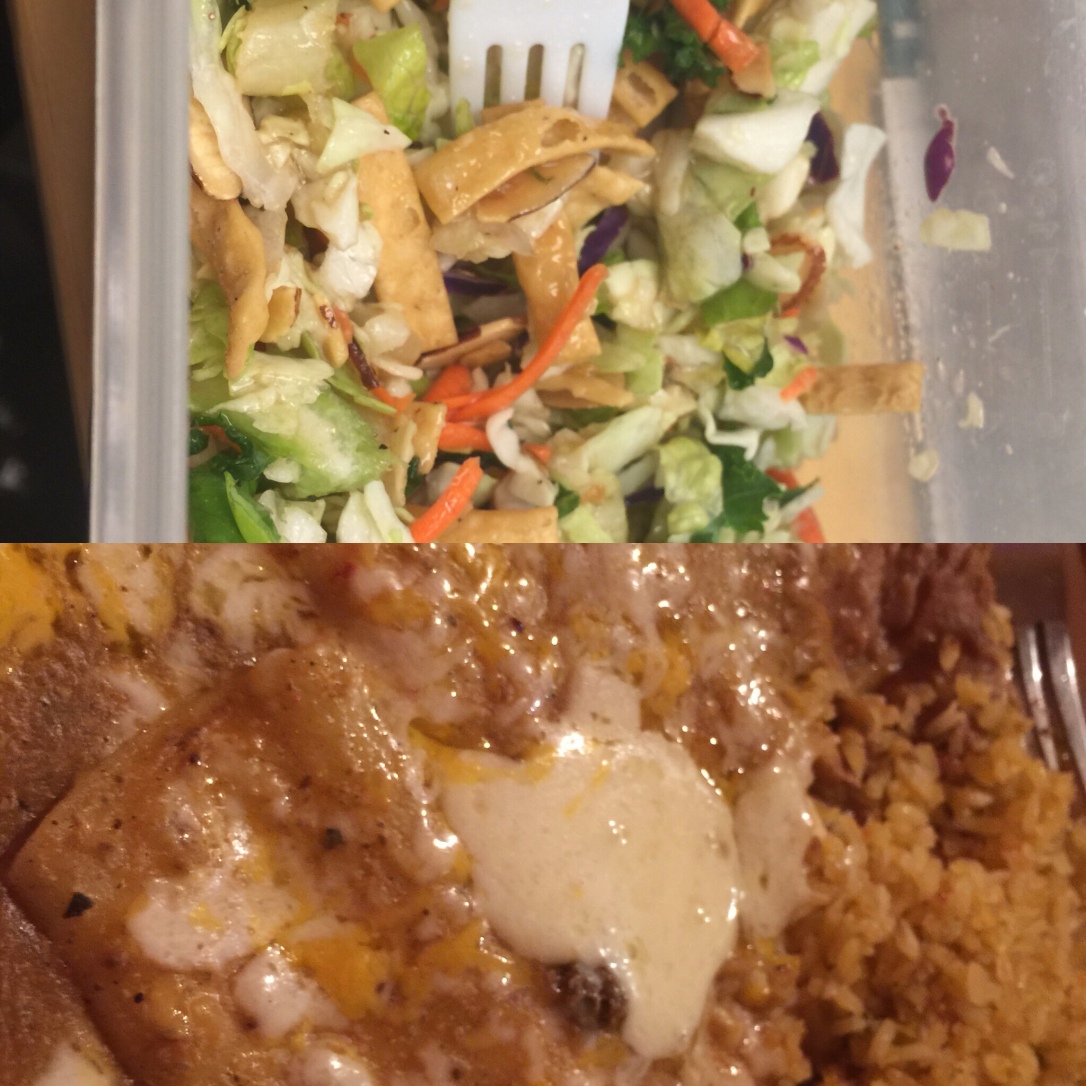 I had a salad for lunch. Then my husband took me on a date and we went out for Mexican food. I had a veggie enchilada… a little dairy, but what can you do?

On Saturday I had veggies and eggs for lunch and then made a veggie taco filling for dinner from the veggies I had kicking around the house.

I had the eft over veggie taco filling for lunch. I made a yummy chili for dinner with corn bread. The feast of the people weren’t interested in the chili. I ended up eating more days in the following week. 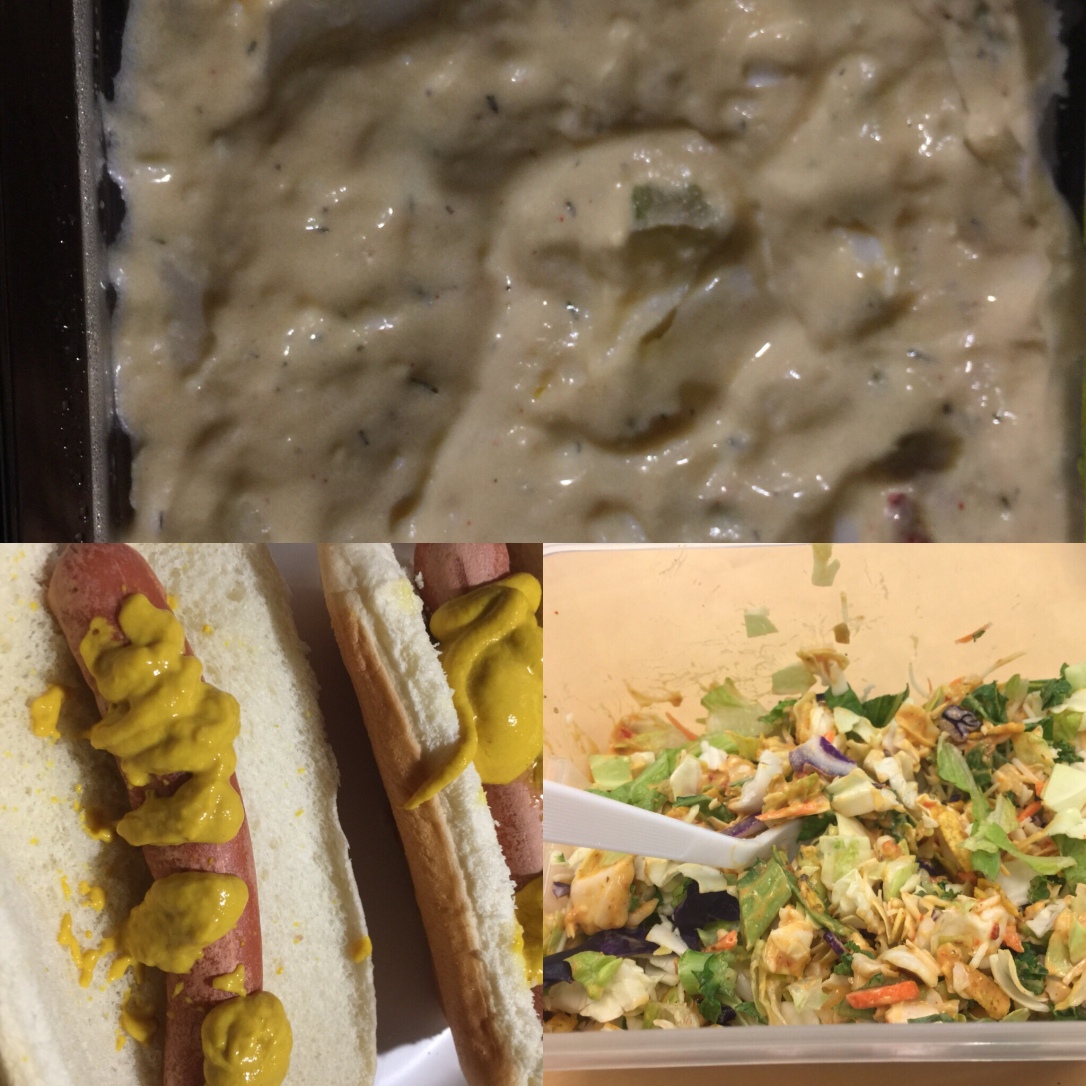 Monday was a busy day. Again, I had a veggie hot dog and some potato salad. I had a salad for dinner and some chili I forgot to take a picture of.

The next day I made a quisidilla with veggie cheese, and some sautéed veggies for lunch. I had a veggie burger for dinner. 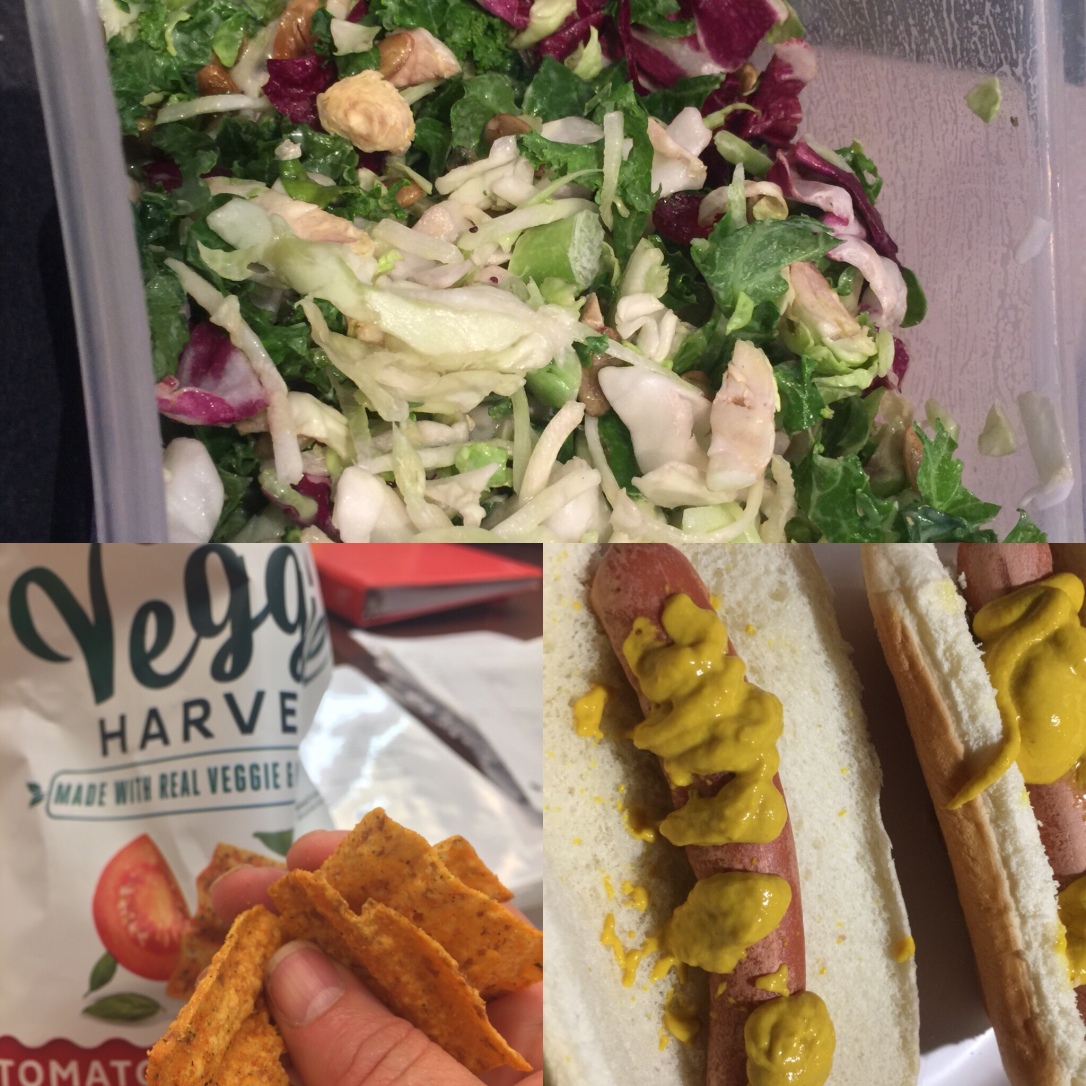 The next day I had a salad for lunch with a few chips. It was a long day so I made a couple veggie hot dogs when I got home. 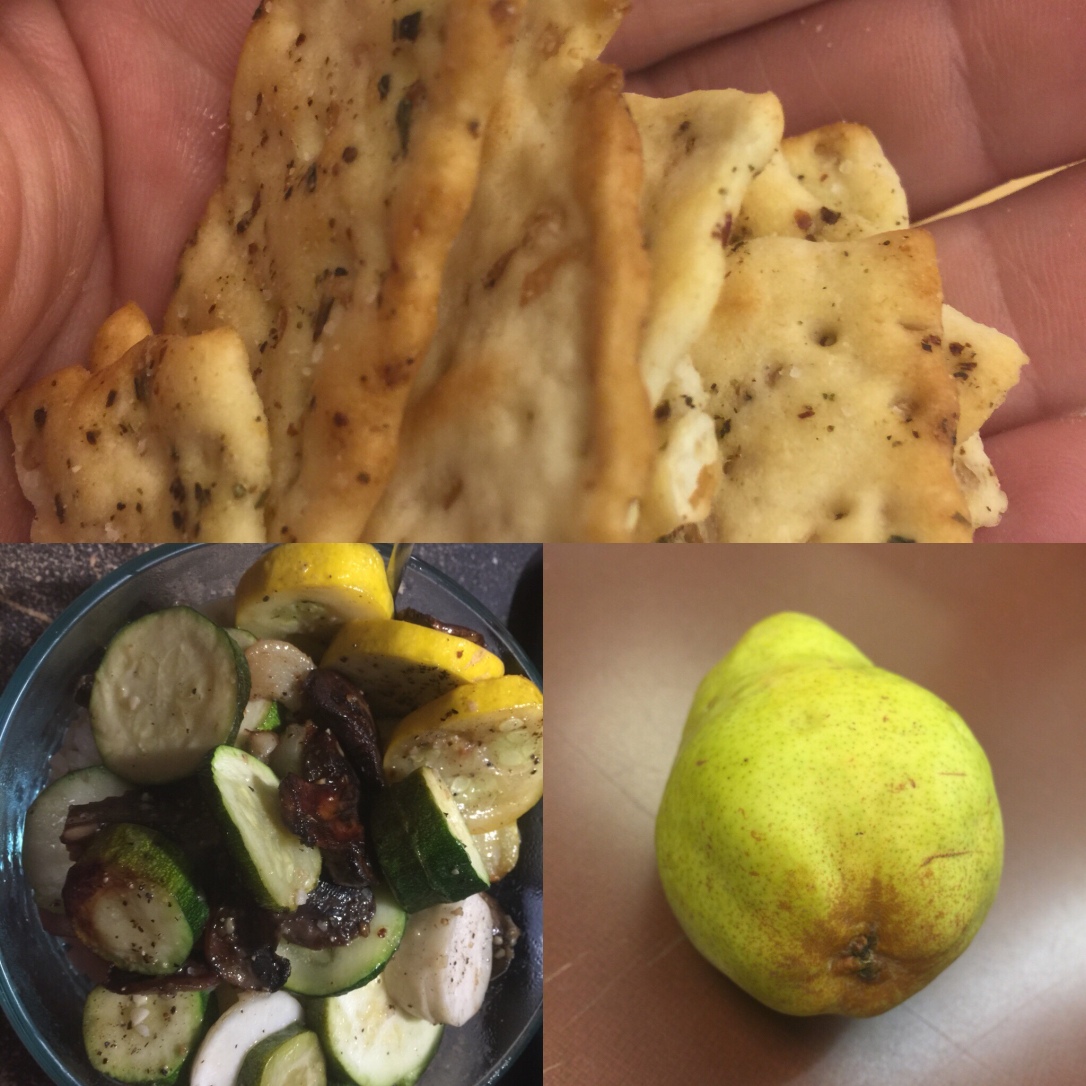 The next day I had sautéed veggies, a few crackers and a pear for lunch. I had more left over chili for dinner. Oops. I forgot to take a picture. 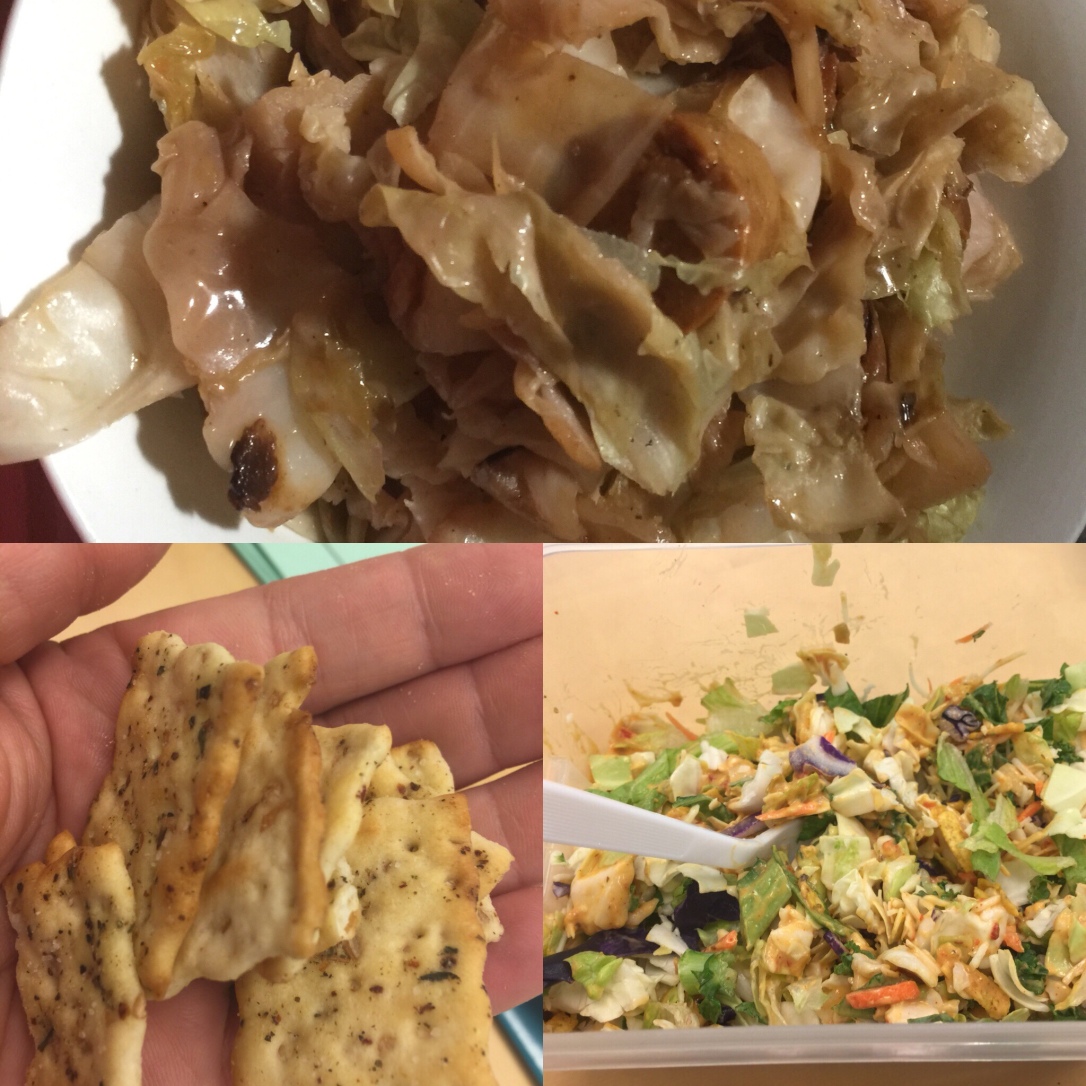 I had salad and a few crackers for lunch and I made cabbage with veggie sausage for dinner. 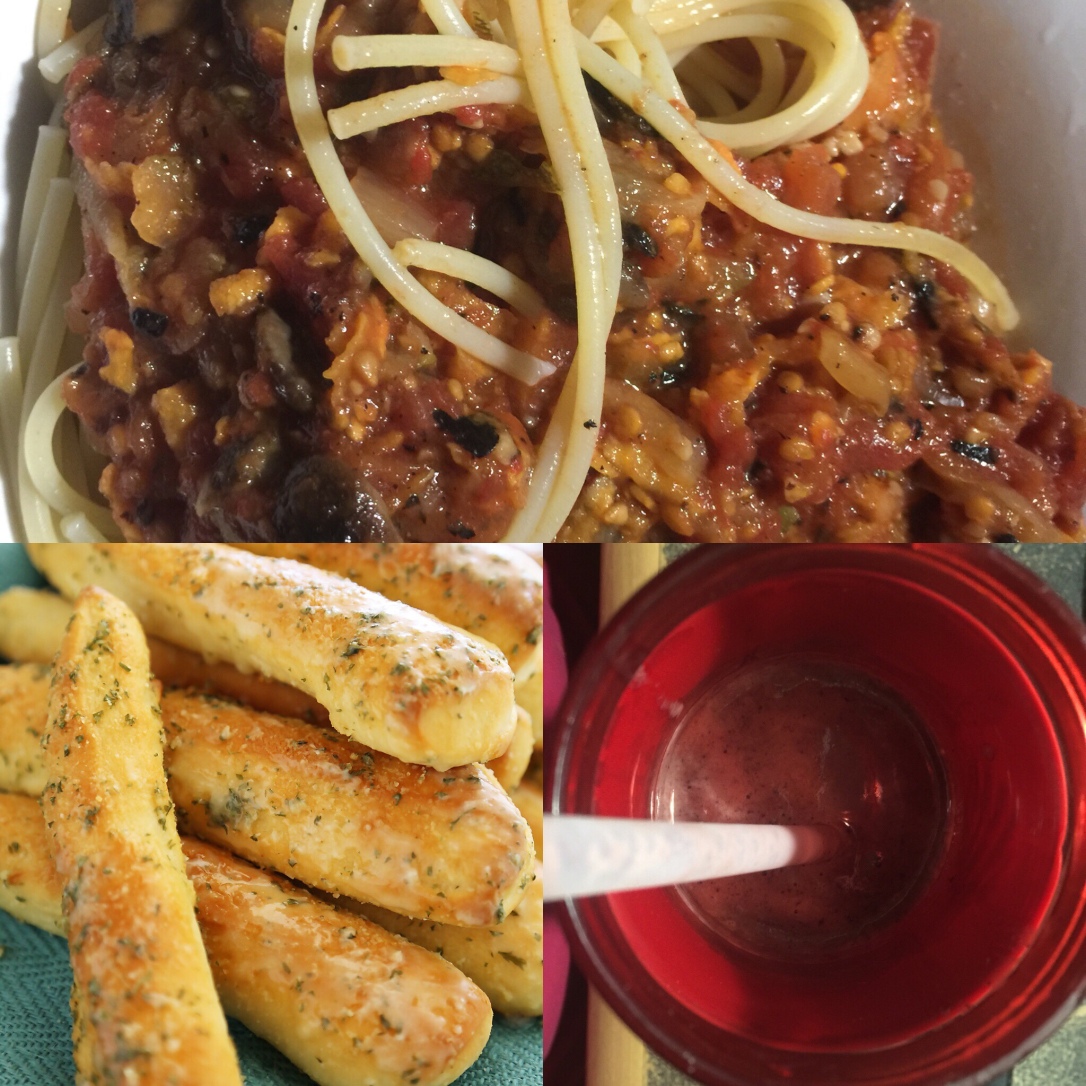 I was canning all the tomatoes I got from my garden and had several spaghetti sauce jars that didn’t seal. So I made spaghetti and bread sticks for dinner. We were at church when it was lunch time, so I didn’t really eat lunch. I did have a small smoothie as a treat later though.

So… that is the report on the past couple of weeks. I am going to work on getting some color in my diet over the next couple weeks.