This week has been a week on the run!  John had work and he would come home to work on projects for me.  Lilli and I had the last 5 shows of The Lion King.  I was a sub for a couple of days.  I taught some voice lessons too.  John has been trying to get in shape.  He gets up and exercises every day.  However, he can’t bring himself to give up junk food and sugars.  If he could do that, his training for his big hike this summer may be a little more effective.  I shouldn’t tease him.  At least he exercises.  He reports that the 3 pounds he lost after Christmas have found their way home again.

We get an email from Hannah every Monday. She was excited to get a box from home.  Clearly, she is still my Hannah.  She still makes silly faces and still giggles over the most odd things.  She is teaching a few people.  She is having good experiences.  She is working on finding the joy in knocking on doors… that is a struggle.  She has gone on exchanges a couple times and has enjoyed seeing how other missionaries do the work of the Lord. 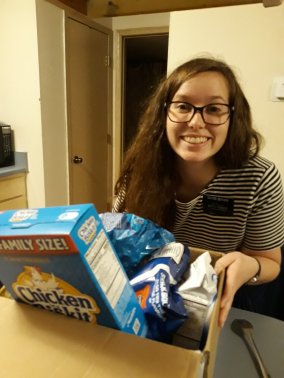 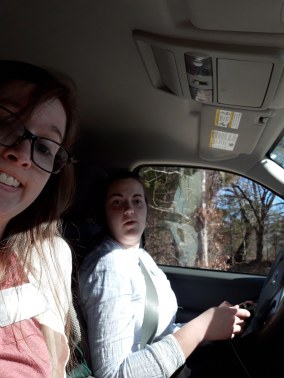 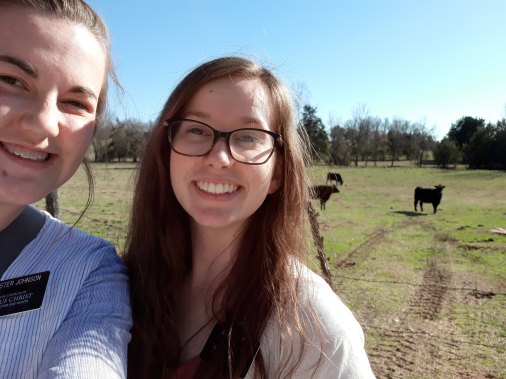 Ben and Freya come to visit us often.  They seem to really enjoy playing with Papa John and the toys he got for Christmas.  They also get a kick out of backing in the kitchen. 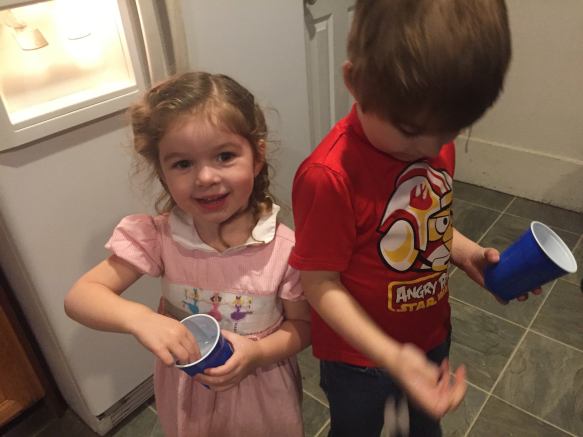 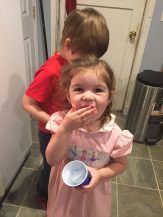 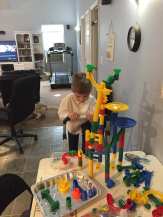 Our show, The Lion King Jr closed this week.  Our last two shows were complete sell outs.  Every seat was sold.  The last show we had a wait list.  We were able to seat them all by selling the seats of people who didn’t come again.  This is something that has never happened before.  This show just made Central High School history.

I am super proud of these kids and the show.  The show was a visual feast.  Every part of the show was polished. 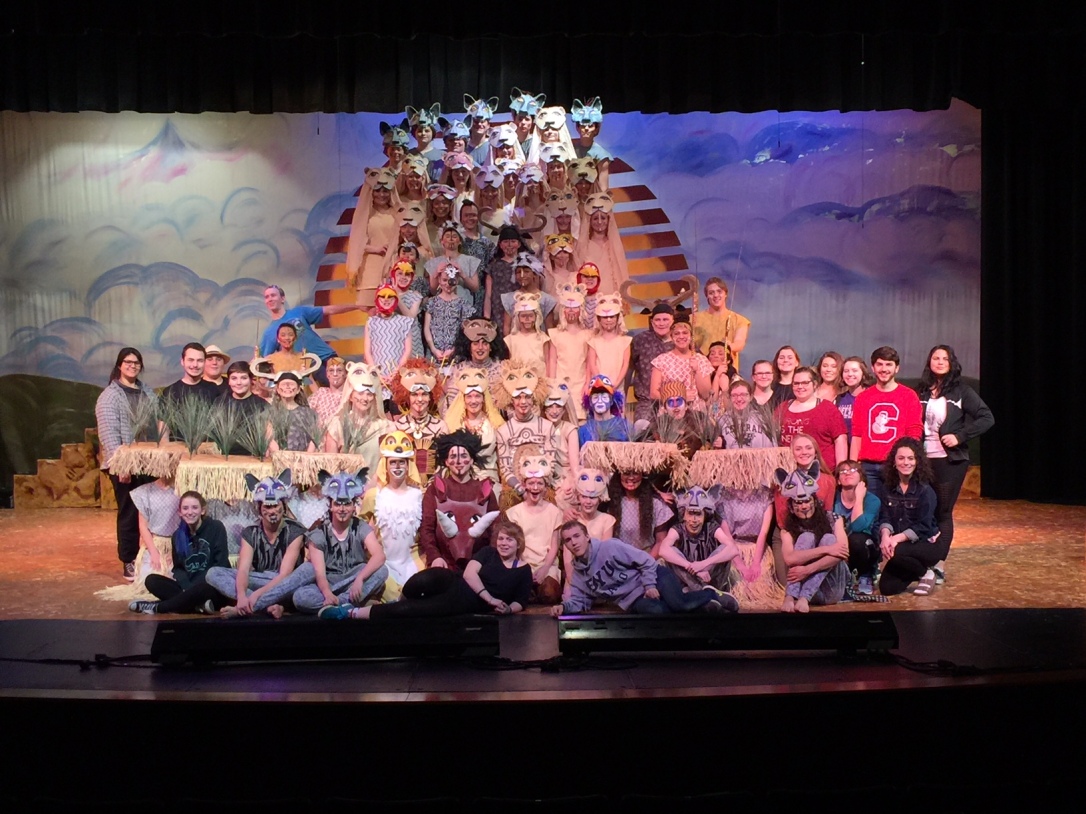 Lilli was able to finish off the show injury free.  The physical therapy with Dr. Marc paid off.  He uses lasers and muscle association, massage, and adjusts the bones of the feet and her injury healed quickly and she was able to dance and complete the show like a star. 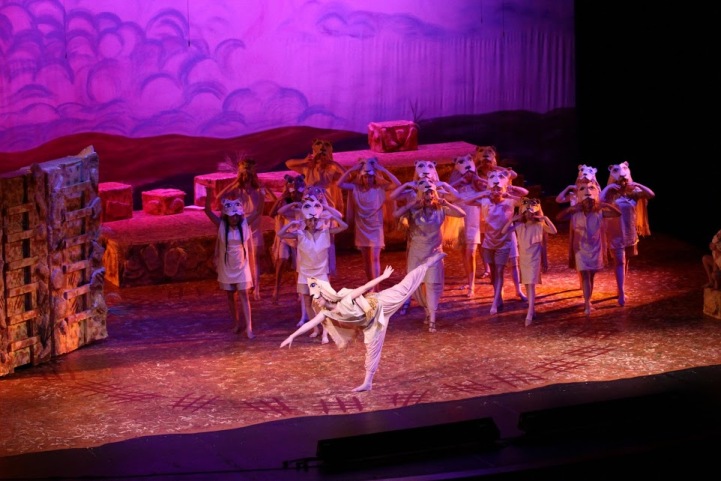 I think this was good show for her.  She felt like this cast and crew were a great team and felt like family.  She was so sad when it was done. 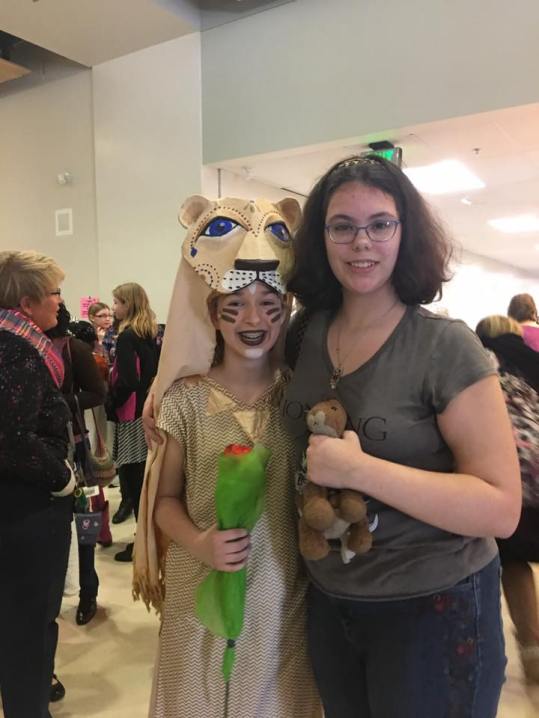 Hannah’s best friend, Reba was home for her Spring Break.  She got to come to the show.  We took a selfie so we could send it to Hannah.  I love that girl!

Lots of former students came to the last few shows.  The choreographer for the shows at Central for the past 15 years retired.  Lion King was her last show.  She is having her first grandchild this summer and wants to put more time into her family.  She needs to focus on arranging things with her property and is hoping to move closer to her kids.  I will miss her.  We have become a great team.  Change will be hard for the kids that are staying at Central.  The seniors are feeling okay about the change.  However, this will be a change that will be hard for a couple of years as we work into having someone else join our little team.  Jeff planned a few big secrets, like alumni attending the final show and joining the cast on stage to thank her, creating a scrap book with pictures and thoughts from former student actors, a gift from the cast, and more.  It was hard to keep the secret.  In the end, he was successful and she was surprised and touched.  John and I created a “Best of Linda’s Choreography DVD and showed it to the cast at the cast party. 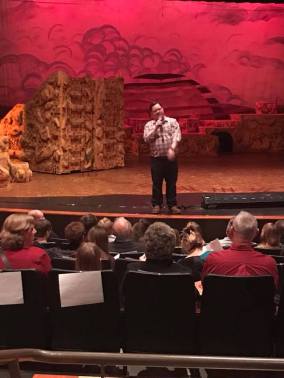 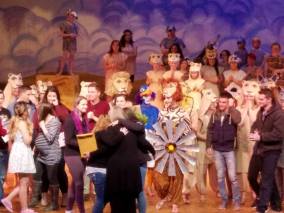 The kids were thrilled.  They cheered for every show that they may have been a part of.  Silly kids.  We also worked to get a copy of all of the “missing” shows.  Some recordings are hard to come by.  Later this week, I will take her copies of shows that we have collected.

So, now the show has been torn down and the stage is back to black.  Now I go into concert mode.  I have a concert and an awards night this coming week and four concerts the following week.  Then we have Spring Break.  In April, I start over with a new show.  So now the sun is rising on a new season as we put the Savannah to bed. 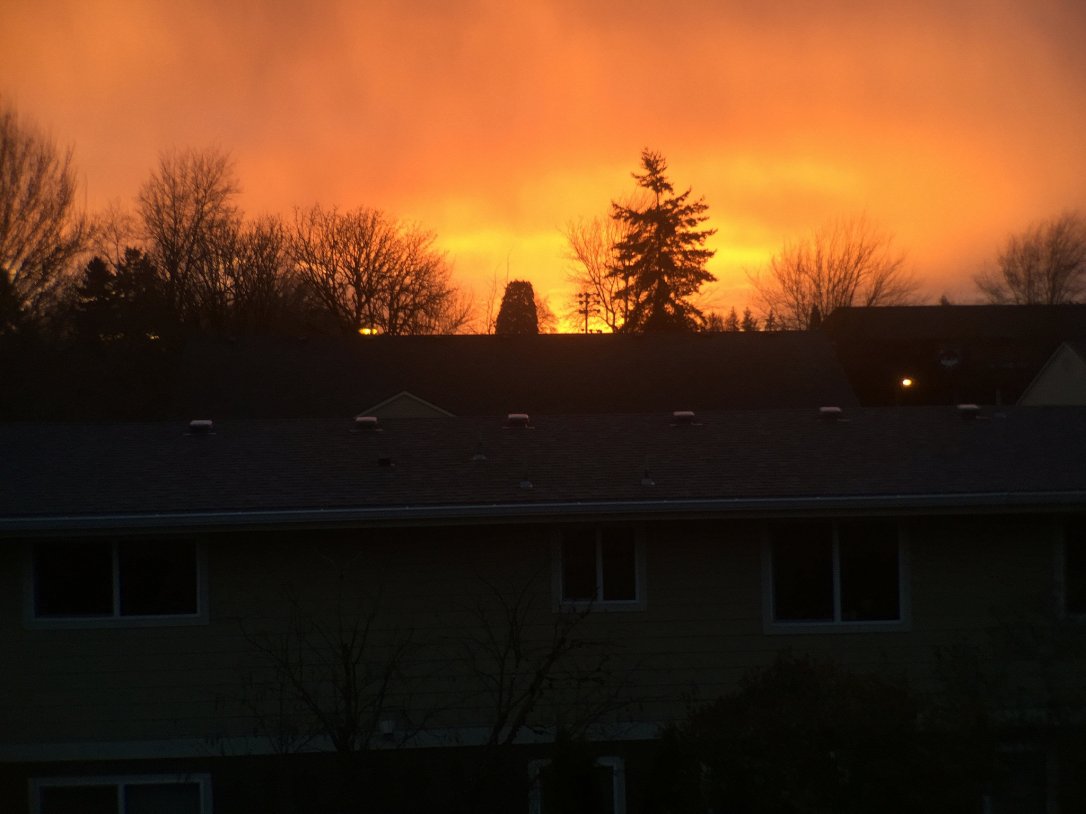 1 thought on “Starting a New Season”