I really have been bad about taking pictures these past couple of weeks.  I’ve had to search Facebook, Instagram, John’s Flicr, and my phone to find some pictures that represent what has been happening with all of the peeps of the Boyack House. 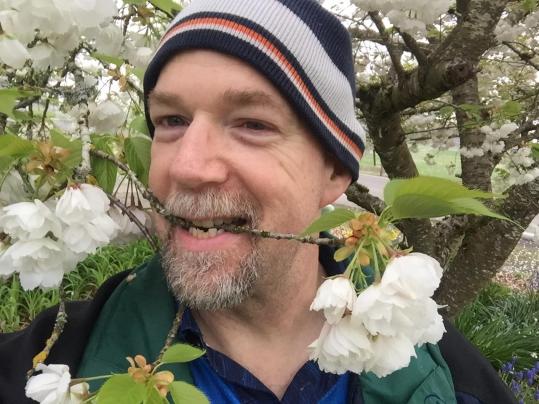 It’s spring!  We have even had sunny days!  John has started some of the yard work that needs to happen.  I am prepping to put in my garden.  We’ve paid for your farm co-op stuff.  The fields are in full bloom around here.  This pretty field of little yellow flowers is behind your house.  The pollen count is crazy! 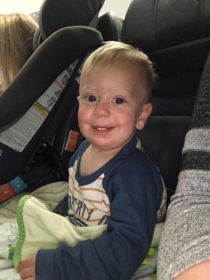 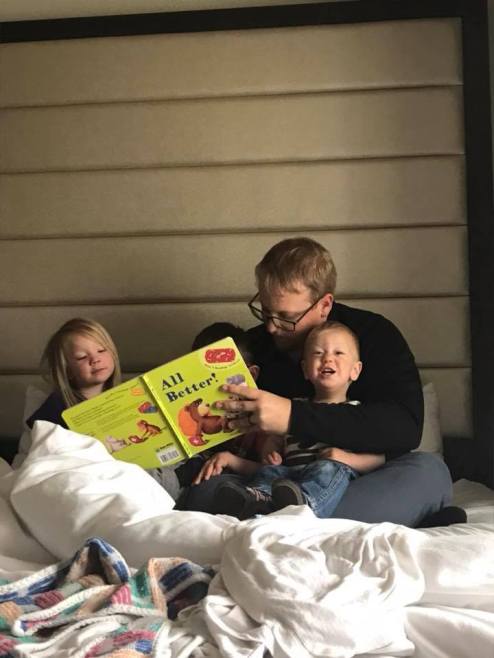 The BIGGEST and Coolest news is that McKay and Myles were able to fly to  Oklahoma and pick up Kaiden.  They met some very nice people that helped them on the long trip home.  I wrote a little about earlier in the week.  You can read about it here.

Their little family is getting into the new routines.  There are a few growing pains… and the stomach flu to deal with.  I keep praying for angels to come to their aid and that the transition goes smoothly.

I’d say Kaiden is pretty happy.  Look at that face!  He seems to be adapting to a new house and a new family.  He even got to go to his first day of school this week.  He even is bonding with uncle Chad.  They listen to music together. 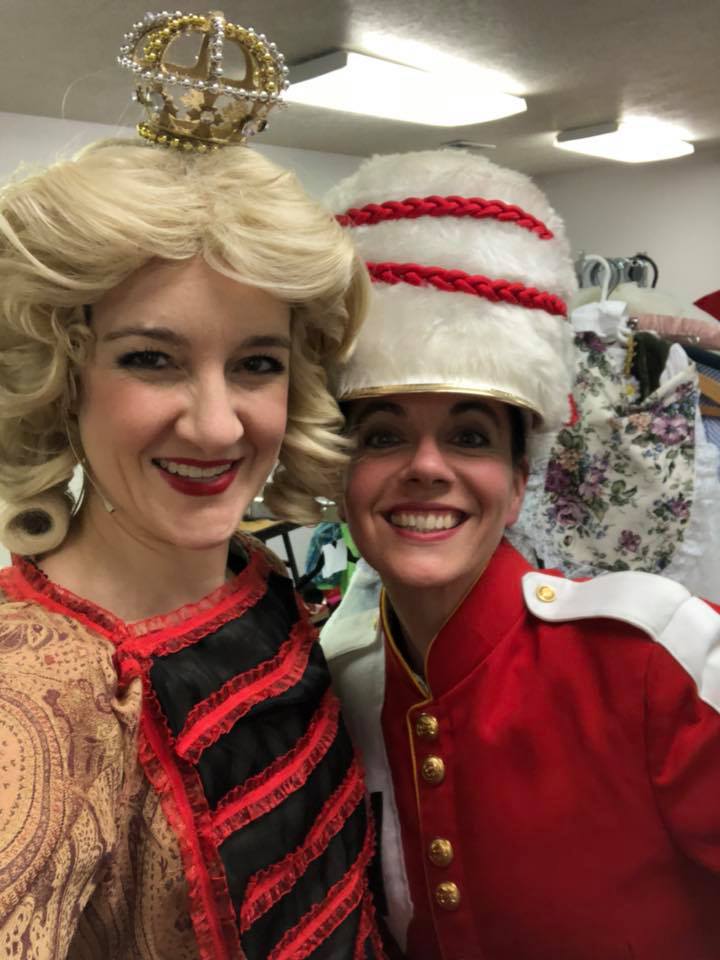 Lillian and I went to see our friends in a local church’s production of Chitty Chitty Bang Bang.  My friend Jeff saved us seats.  He texted me and said they were front row seats.  He was not kidding!  The apparatus that was the “car” was practically in my lap!  I even got my own spot light.  LOL.  It is fun to support other theater endeavors.

Kimber, Ray, and the kids are doing well.  They went to the beach this week.  It was Holland’s first time to experience the beach.  He was covered in sand.  It was cold and wind… but sunny!  Holland is growing.  He loves smiling for his mom, eating and being held when sleeping.  Ben and Freya keep busy too.  They are all growing up so fast!

At the last minute Freya was asked to help with a local fund raiser as a mini- me.  She learned what to do very quickly and stole the show with her cuteness.

I don’t really have pictures of Lilli or Hannah this week.  Lilli hasn’t really taken any.  She helped with Mr and Ms Central last weekend.  I don’t have pictures, but I have video.  She was the choreographer for the two group numbers.

She also choreographed and dance with one of the contestants, Joel (who ended up winning the pageant).

She is such a beautiful dancer!  She now has a fan club of the boys that were in the light booth with me too.  LOL.  She was able to teach and direct a group of students much older than her with great skill.  She really was impressive.  Her efforts helped the pageant contestants earn over $22,000 for a local charity.  Go sister!

Her choirs had their Spring concert and a couple of competitions too.  Here are few of the selections from that concert.  She is the high soprano solo at the end of this song.

This choir qualified to go to state to compete in a couple weeks.  She is the third from the left on the front row in the following choir.

She is doing a great job is these choir.  I am super proud of her! 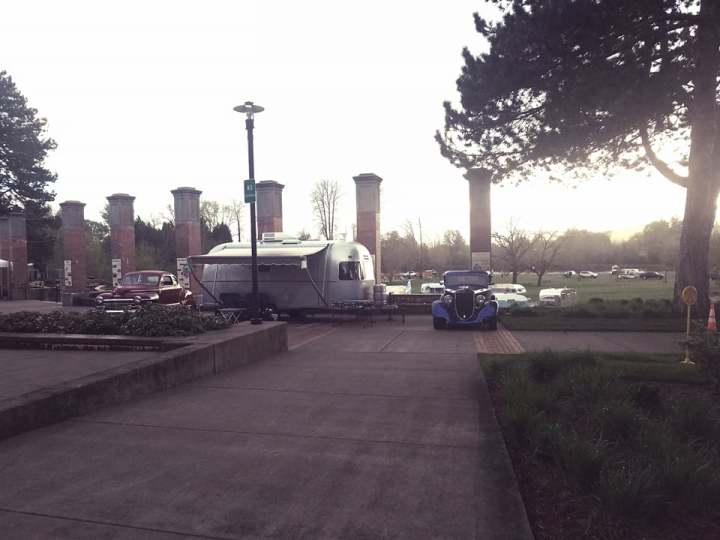 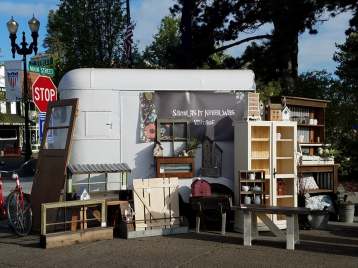 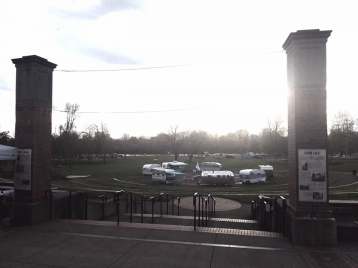 I am keeping busy with my usual.  I have started attempting to get a walk in every day this week.  Some walks are longer and better then other walks.  Today I went down to the park by the river to walk and caught the farmer’s market and a vintage travel trailer show in one.  I say a friend there and she walked around to look at all the vintage things there.  It was fun!  There were also some not-so-fun moments in the week.  We cancelled the next play that was to open in 3 weeks.  They kids were no where near being ready.  It’s been rough.  Many of the kids are frustrated and a bit angry.  However, this was a lesson that needed to be learned.  We know they tried to get the job done, but the effort needed to earlier in the process.  There have been a few more stresses with sad students too.  I was ready for the weekend!  That is for sure!  At any rate… it’s been a good week.  Now we are ready to face the next week without John at home.  He is spending the week in Utah.  Sure hope he takes a couple pictures so it looks like someone did something around here.  LOL

Join 540 other followers
Follow Resigning as the General Manager of the Universe on WordPress.com