The week opened with SLEEP!  Lilli and I were completely wiped out from the long haul of CET.  However, that didn’t stop us from tackling a couple projects throughout the week.

First, John wrapped his visit to Utah on business with a visit with his sister and his parents.  He only spent a few waking hours with them before they whisk him off to the airport to fly home.

On Monday, Lilli and a few of her friends tackled the back yard.  They removed the rest of the trash from the old play structure and the weeds and sticks from the gravel.  Then they leveled the gravel while I went and got a yard of fine sand.  The covered the gravel with a tarp before shoveling the sand on to it and leveling it.  We borrowed a couple tools from the Jessops to compact the sand.  Freya even joined in the work. 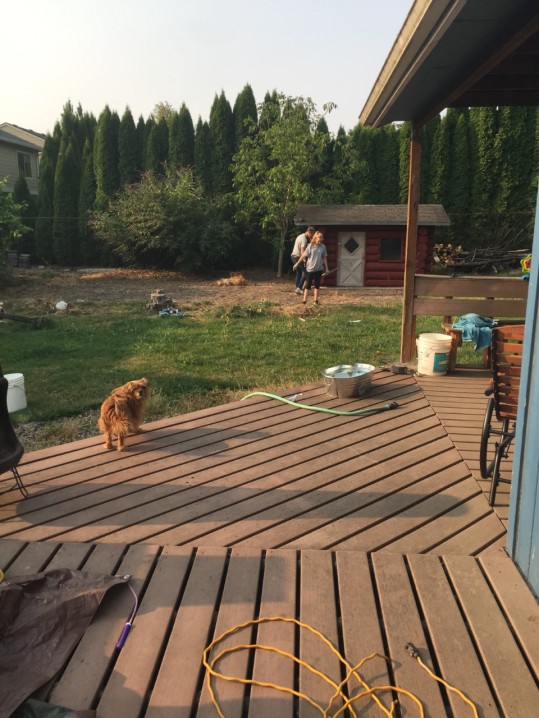 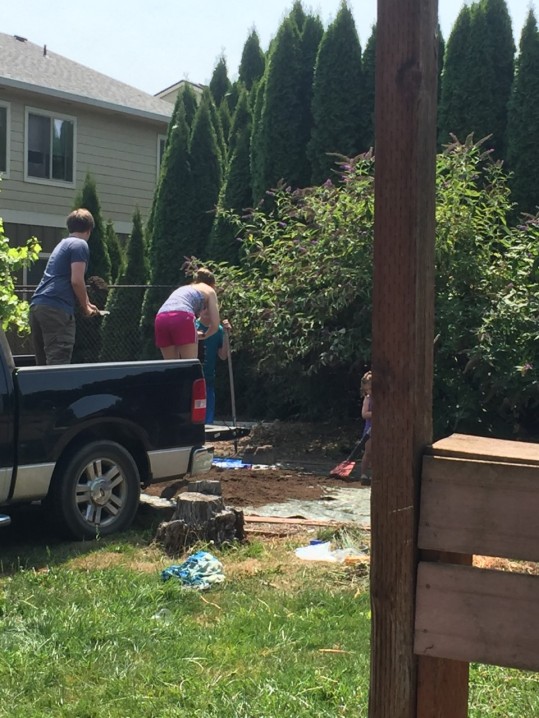 Holland and I supervised from the deck.

Then, the muscled the package containing a 16’x10’x42″ POOL.  Lilli’s friends were troupers and helped all day.  Lucky for us, one of them has practice setting up a large backyard pool and he kept us moving in the right direction. 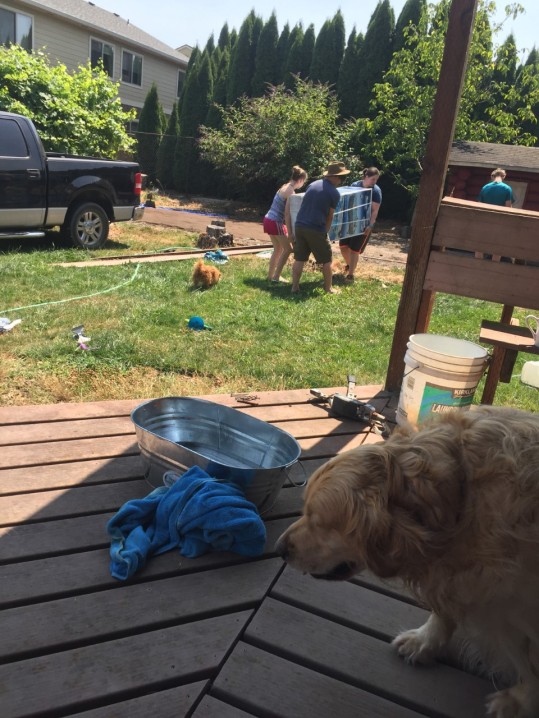 Lilli and Freya couldn’t wait for the pool to be full to begin the fun. 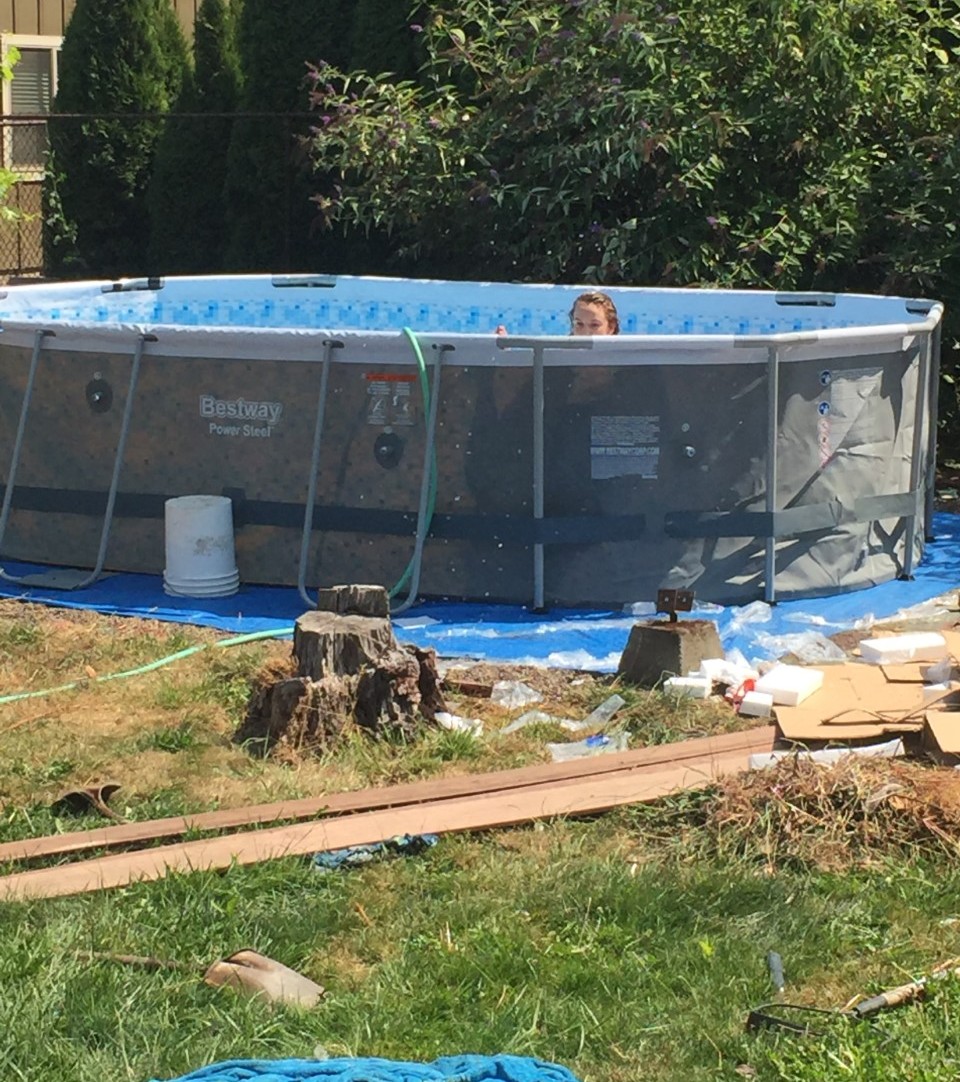 Lilli and I started cleaning out the food storage side of the garage.  The old freezer that was in the house since before we bought the house, 24 years ago was dying.  We had a rodent problem.  They were getting into my wheat!  So we had to throw out some contaminated grain.  I re-packaged the rest of the grain that wasn’t in buckets to save that.  We had inherited some #10 cans from various people as they had moved away.  Many were rusty and the expiration dates were older than Kimber.  The chickens had a feast!  I bought a new-to-me freezer and moved all the shelves around.  We also decided to paint the walls a lighter color so the light would be more effective.  It’s not done yet, so you are only getting to see the “in progress” pictures.  Maybe I will be done next week and I can post a finished look.

I am helping my friend Jeff with his show at Pentacle.  This week I watched a couple rehearsals and hung the lights. 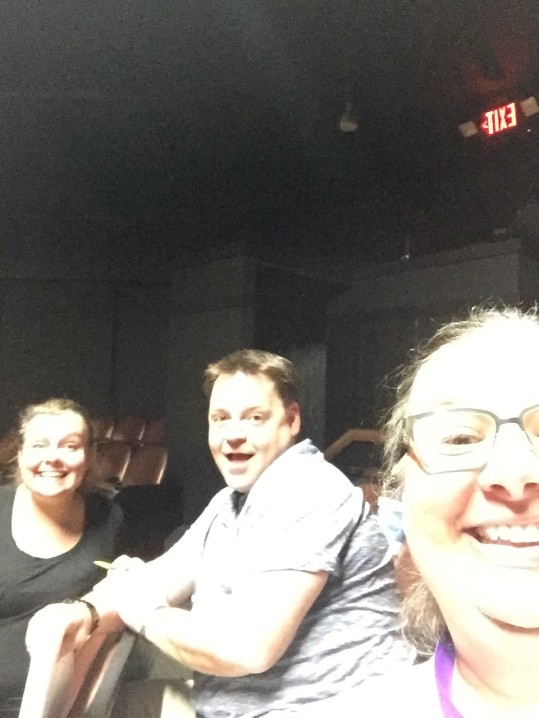 Hannah is doing well.  She is enjoying her various activities on her mission.  This week her funny brother ordered a pizza and had it delivered to her apartment.  That is so awesome! 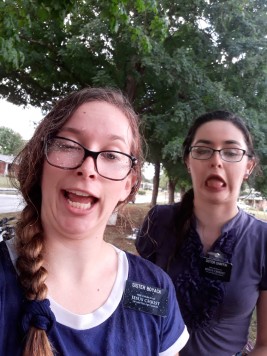 So… that was the week.  I wonder what the next week will bring.