The past week has been a crazy week of fun.  We took the family on the road.  Poor Lilli was trapped in the car with her boring parents for 12 hours.

We tried to divide the trip up a bit by leaving after dad was done with work and went to my parents house for the night.  Technically, this makes the over all trip longer, but it makes the “long drive” day shorter.

We stopped at a little Indian museum outside of Burns for a potty stop.  We needed to buy something to be able to use the bathroom, so we bought a postcard to send to Hannah.  A crazy lady cut in front of Lilli at the bathroom door.  All she said was that it was a bathroom emergency when she came out.  Hmm… it was a bathroom emergency for us too.  But we got a couple things and used the bathroom and went on our merry way… after we made Lilli get out of the car and take a picture with us. 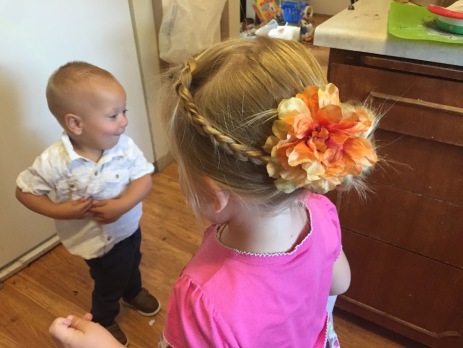 Beckett and Lenayah were very excited to see us.  There was lots of jumping and lots of screaming.  On Sunday we went to church with them.  A lady in Primary asked me is I was Lenayah’s aunt!  After a good laugh, I thanked her for the compliment and explained I was her grandma.  Lilli started out saying she wasn’t going to the youth classes, but eventually changed her mind.  She seemed to like it.  She even went to their mid-week activity.

Lilli and Chad did some fun socializing… mostly staying up late listening to music or enjoying movies and TV together. 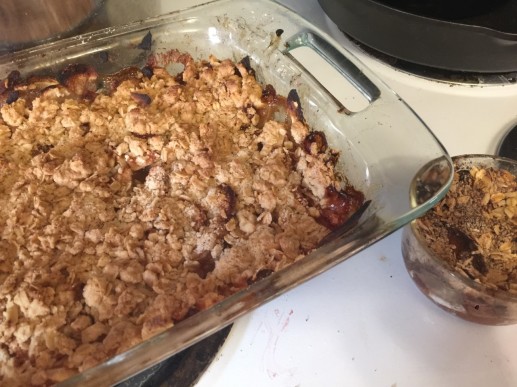 We harvested some apples from a tree that were just falling on the ground and made some delicious apple sauce and a couple apple cobblers.  At first we thought the owners were gone… but it turns out they were there.  OOPS!  We did have permission to harvest apricots.  We made jam.  Tasty! 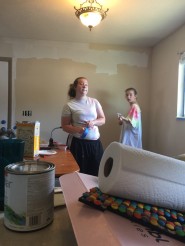 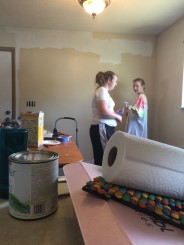 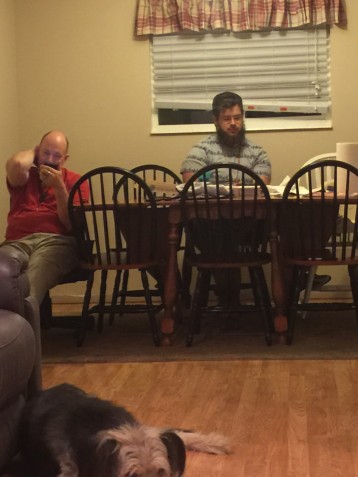 McKay also had some projects for us because she will be getting ready to move soon.  Myles is applying for jobs.  All available jobs are not in Logan.  Moving is inevitable.  We had a huge pile of children’s clothing that we sorted into tubs… one tub per size per gender.  We took the left overs to a donation center.  It filled my truck.  We also deep cleaned the kitchen and the dinning room and painted.  We had to take the traditional mustache picture just for Hannah. 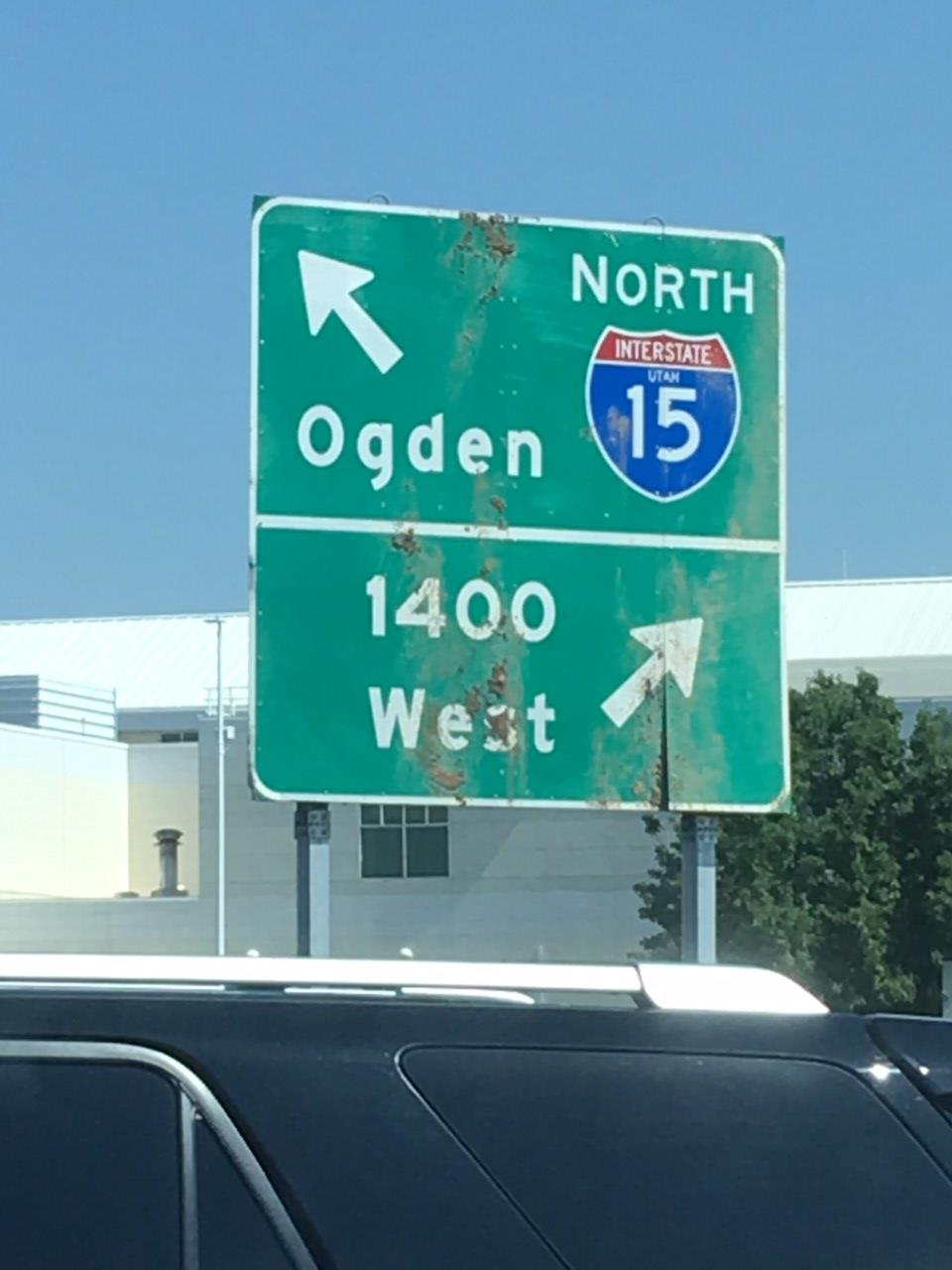 We went to the Lagoon amusement park.  On the way we saw this sign.  I leaned over to Chad and ask what kind of animal threw poop at that sign.  We laughed and laughed.  Must of been a big monkey. 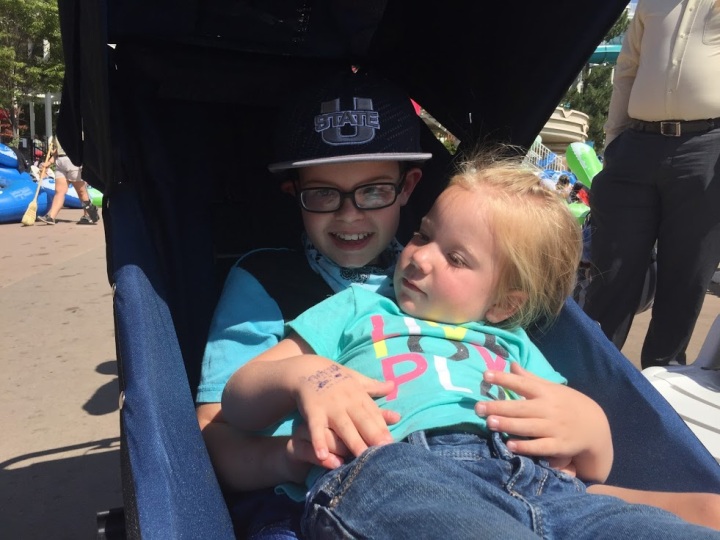 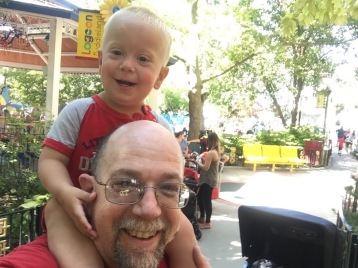 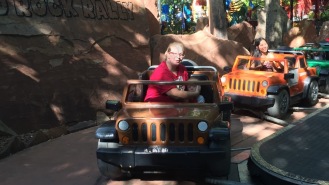 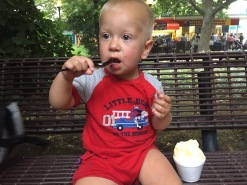 When we got to the park, Chad and Lilli took off and started riding all the rides and roller coasters.  McKay, Myles, dad, the kids and I went and spent a couple hours in the water park.  I spent most of that time blind.  Right after putting on sunscreen, I got splashed in the face and my eyes were hurting me for hours.  We played in the kid pool, traveled the lazy river and went down the kid slides.  Dad and Myles went down some of the cool water slides.  Eventually, Myles had to go and the rest of us ventured out into the park. 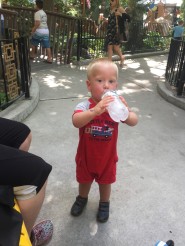 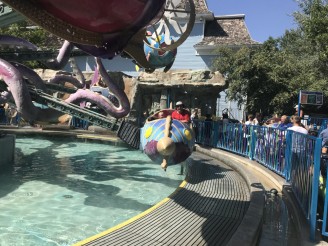 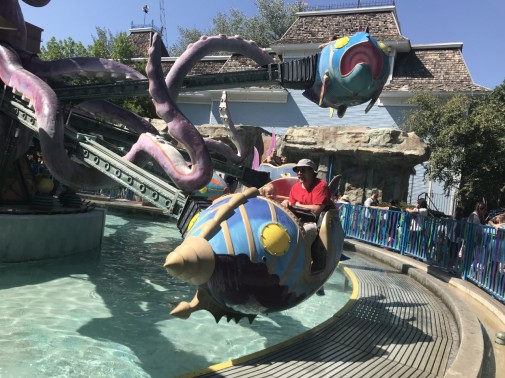 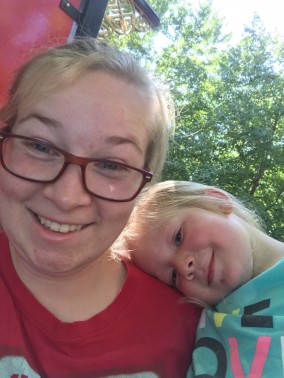 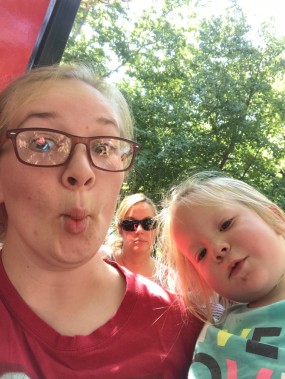 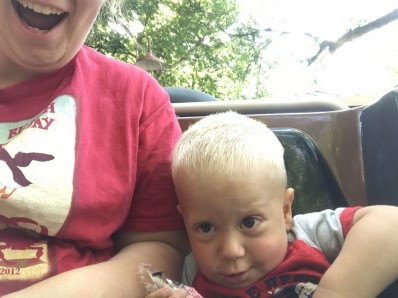 Lenayah loved the kid rides.  Beckett wasn’t convinced of the fun.  But he kept giving it a try.  Kaiden and I hung out in the shade and listened to Vampire Weekend.  Eventually, we got some dinner and some Dole whip before McKay and I headed home with the kids. 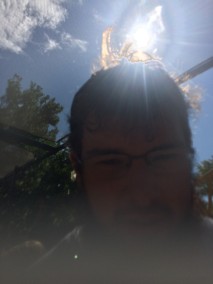 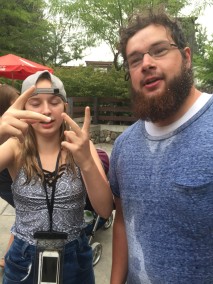 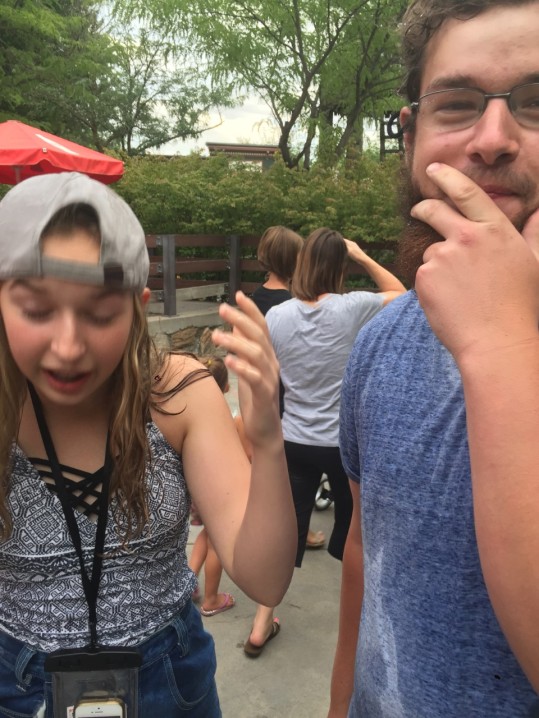 Before I left I did take a video of Lilli and Chad on the log ride.  They got pretty wet.  It was funny.  Dad stayed with them until the park closed.  Their goal was to ride every ride.  I think they nearly made it.  They also took dad on the scariest rides.  His reaction still gives them enjoyment. 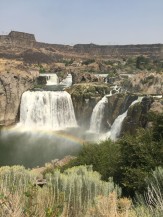 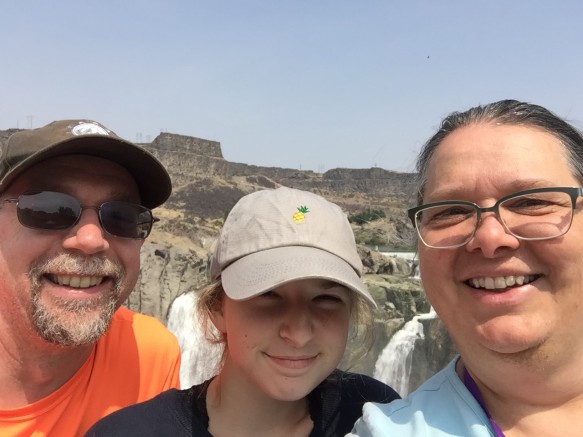 After being away for 8 days we finally headed home.  We stopped in Twin Falls and looked at the falls to stretch our legs and use the bathroom.  We don’t normally stop when we are on that drive.  It was pretty amazing.  Plus we got to see the Twin Falls temple.  It’s a pretty little temple.

I have to say, I am super tired and could sleep a week.  I won’t get to sleep a week.  We start into a busy week of getting ready for the school year starting tomorrow.

Meanwhile, while we were gone, Kimber, Ray and the kids stayed busy.  They checked on the animals and the house a couple of times.  Rick was watching the house and animals and did a good job. 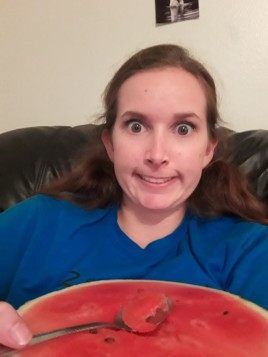 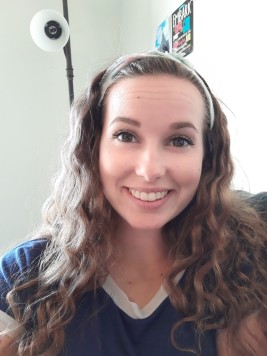 We also chatted with Hannah throughout the week.  She is still enjoying her mission.  She even met a couple who are the grandparents of a friend in our stake.  I love that she is still silly and goofy.

So…. there it is… our crazy week of traveling.  Now we take off into our crazy school year life.