Phew!  Summer is moving along so fast, yet, in the middle of the week it feels long.  This week has been so busy!

Last Saturday, John, Lilli and I drove Bend for the Celebration of Life party for my Grandma White.  We met Kimber and Ray there.  They had fun “camping” on Grandma and Grandpa’s yard with Holland and Freya.  Ben stayed in Monmouth with Yvonne.  Before we got there, the party did a walking race in honor of my grandma.  Some people ran or walked.  Other people manned a water station along the race route. 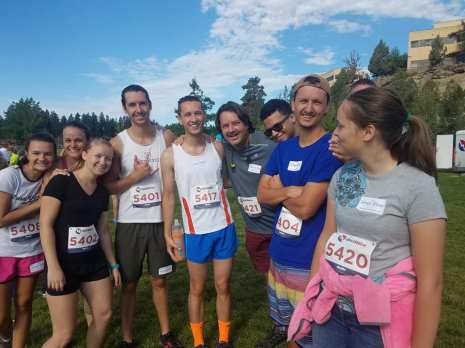 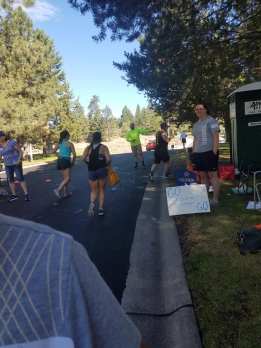 Once they had returned, all the aunts, uncles, siblings, and cousins gathered in my mom’s yard.  My mom put me in charge of my grandma’s ashes.  My uncle said a short pray.  Then, anyone who wanted to, came over to me and put a cup full of the ashes into a hole that my dad dug under the tree where we put my grandpa’s ashes many years ago.  After all was said and done, I pushed the dirt over the ashes, into the hole. 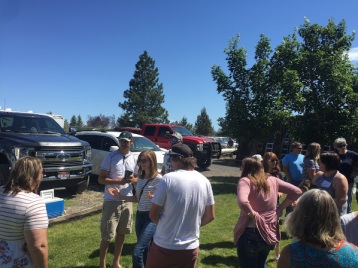 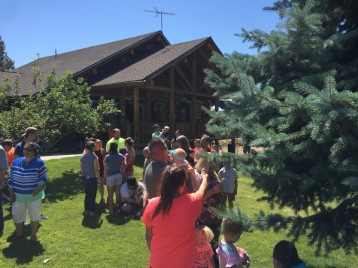 Then, the party moved to a gathering hall.  Lots of food.  Lots of fun stories. Lots of good memories.  After cleaning up the party, we all went back to my mom’s house to keep up the party.  My favorite moment was when Lilli and Kimber had everyone try Kimber’s buzzing chap stick.  So Funny!  We left in the evening.  I needed a day to gather myself together before I started my last two weeks of crazy at CET.  Lots of people stayed and partied on! 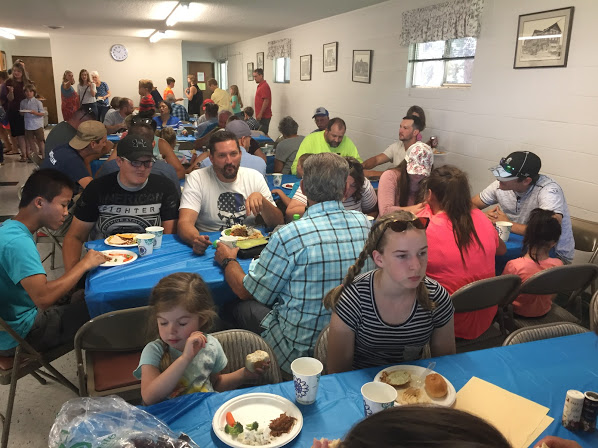 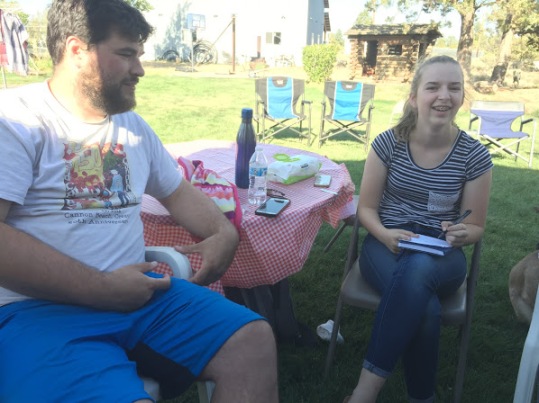 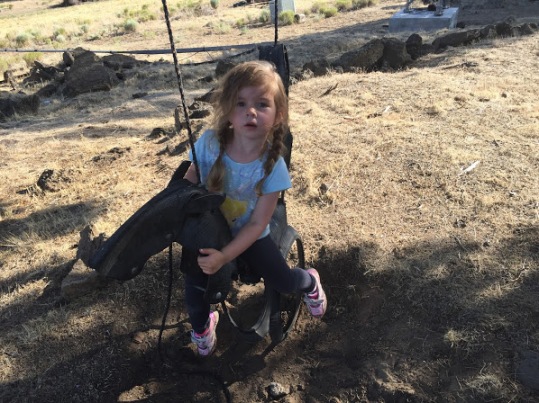 Most of the week was spent on CET.  Lilli performed in Once on This Island.  They performed in the courtyard at South Salem High School and at the Main Street park in Monmouth. 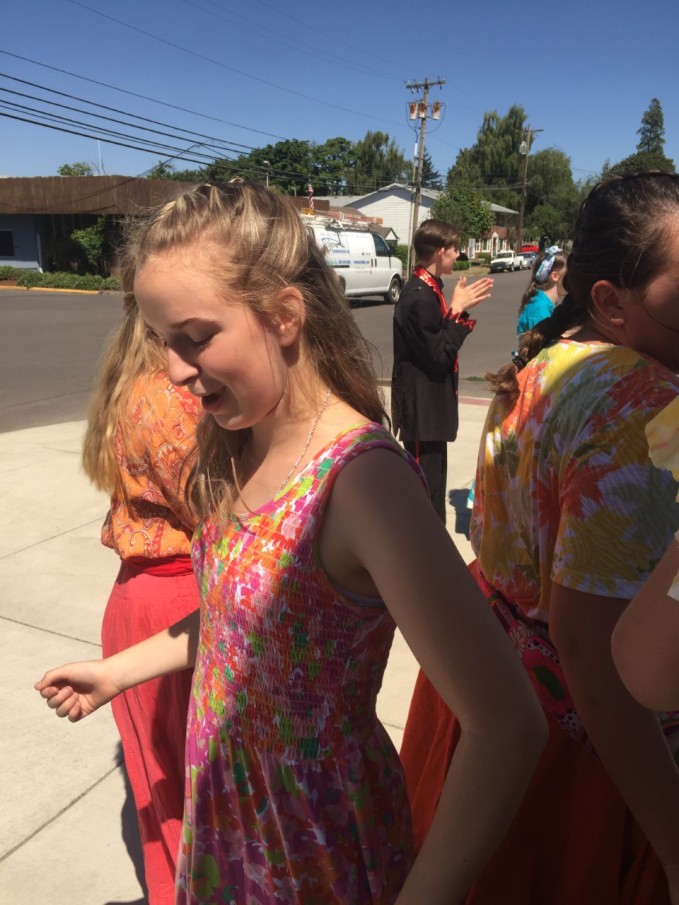 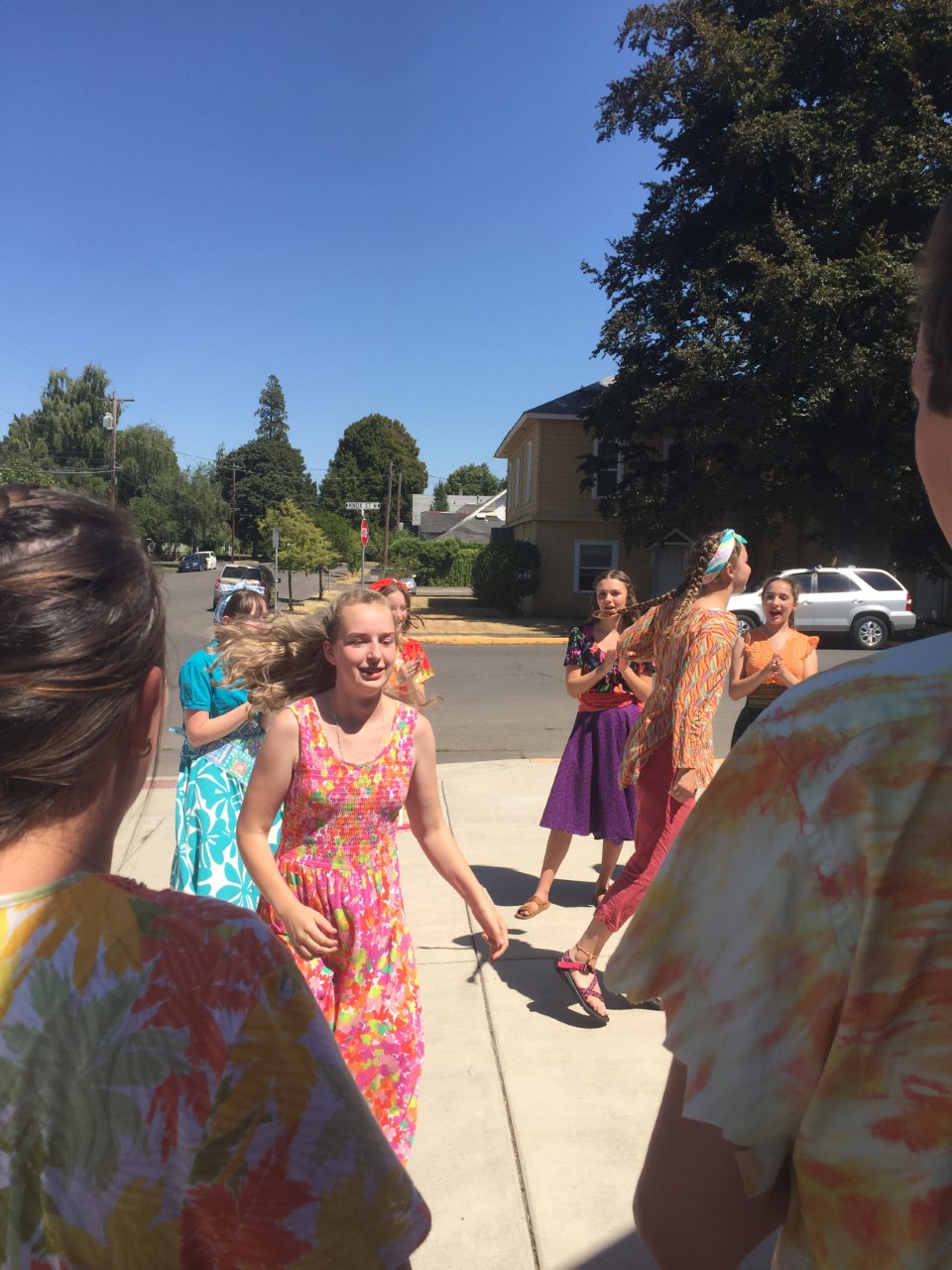 They all did a great job.  Lilli was amazing.  John and I were reminded of Hannah.  They even got to play the same part in the play… just years apart. 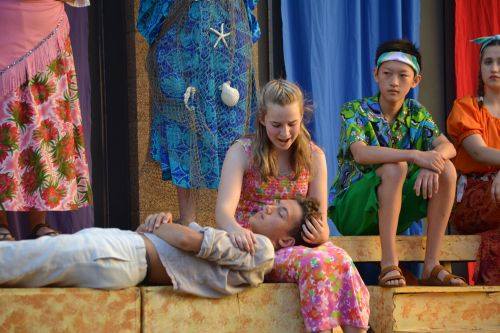 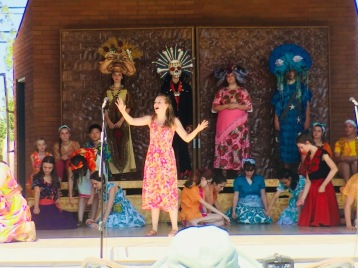 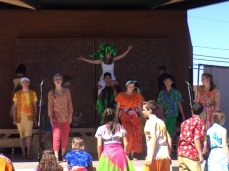 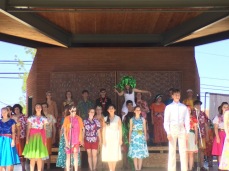 As for the rest of my week… I’m trying to keep swimming.  So much to do and so little time to do it.  My ankles and knees are not happy.  I’m not getting enough sleep.  I am no where close to being ready to end CET.  I am not ready for having 6 shows all needing me next week.  It’s been hot and I slug through each day and ache at night so I can’t sleep.  Thursday was hard.  I missed Lilli’s first performance because I was busy fixing problems at CET.  It made me sad.  I tried to fix light cues, but Summer Strings came in early and kicked me off the stage.  (I had no idea when I was going to fix that).  Then he demanded a sound system.  Dani came up with something, but Robert said no.  I felt like I was caught in the middle.  Meanwhile, set pieces were switching room… students needed looking after… and I was needed in more places than humanly possible.  I was having a huge issue with a set piece I created (the curtain thing I had used for the parade).  I wasn’t going together well.  It would stand up!  What the heck!  It made it through a freaking parade!  Why couldn’t it stand in gym? After fighting with it all day, I decided that key I was missing was the platforms.I wasn’t going to build a 12’x 7′ triangle platform, but I could build a “foot” for the pipe structure to sit on.  So that is what I did.

But first, I had to get supplies.  More road blocks… literally.  When I got back to CET there was no where to park.  I spied a space that a lady was going to pull out of and waited.  Then this guy whipped around me, ignore my blinker and the fact that I was clearly waiting for that stop and pulled in before I could even let my foot off the beak.  Then, he just waved at me as he blew past me.  Rude!  I ended up parking several blocks away.  I balanced a 12′ 1×6 and 2 8′ 1×6 on my shoulder, picked up my hardware and drill, and started to hike toward the school.  I couldn’t get people to help me.  I was about half way there before I got someone to help me… then I was locked out.  So, I had to hike back around.  Holy cow!  I decided to get even further behind and sat down to watch Lilli’s second show.  (She was awesome!)  After the show, Lilli and John helped me get the structure up and going.  Thank goodness.  I had a good cry before the day was done.  I was so tired, hot and frustrated.  It probably didn’t help that I didn’t have time to eat or even drink something.

So… Friday I left after CET.  I watched Lilli next show and took myself to the movies.  Jeff joined me.  John was too busy to go.  I just wanted to feel like a human for a few hours.  We still have 7 more days of CET chaos.  I hope my ankles and knees and lower back hold up.  I hope my energy holds out too.

Meanwhile, McKay and Myles and the kids went on a road trip to New Mexico.  They seem to be having a good time.  Chad is hanging in there too.  We all miss Hannah.  She is learning good things on her mission.  She even learned to pump her own gas!  She’s growing up.  She likes being a trainer.  She LOVES being a missionary!

So… that is the week.  Now I’m off to the longest week of summer… sigh.