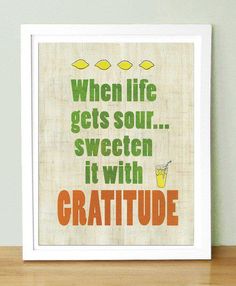 Today I am grateful that today is the last official day of school. I still have a few more days to clean up the auditorium, get my grades done and do some PD.

Today I am grateful that intermittent fasting is getting easier.

Today I am grateful for rain. I love the sound of rain.

Today I am grateful that I got to sing and chat with my friend Jamie. I sure love her!

This evening I was studying Alma 8. I was struck by some of the descriptions of the people of Ammonihah… “Satan had gotten great hold upon the hearts of the people…,” “… they had hardened their hearts…” They claimed to “… not believe in … foolish traditions…” of their fathers. They claimed that Alma, the prophet and leader had “… no power over us.” They “reviled… spit upon… and cast out…” Alma from their midst. They even “… stud[ied]… that they may destroy the liberty of… the people,” which was contrary to the statues and judgement (laws of the land) and the commandments (laws of God.” They were seeking to control people, keeping them in submission, where God’s desire is for people to be free… even free to fail and to learn from their mistakes.

This behavior caused Alma to “labor much in the spirit… wrestling… in mighty prayer…” He was “weighed down with sorrow, wading through much tribulation and anguish of soul.” Frankly, I have been feeling much of the same feelings lately. It seems like the whole world is going crazy. It often feels like we are hitting a dead end and no amount of good works, prayer, and effort can make a meaningful change.

Alma’s faith was rewarded. An angel visited Alma, “… lift up thy head and rejoice…” Clearly, God is in charge. I read this thought today, “Faith doesn’t prevent failure, it makes it meaningful.” Truth! What we perceive as short term failures to us is not a long term failure to God. He sees the BIG picture. Our successes are not measured by excelling on the path we are on, rather our successes are measured by our efforts to find God’s path and to walk (not even run) forward with faith, hope and charity.

Alma’s reaction to the angel’s instructions was that he “returned speedily.” How speedily do I respond to inspiration? Alma got moving, even though he had every reason to not go. Do I give into excuses, or do I get moving? Alma moved forward without out fear. He listened to the voice of the Shepard.

As I look around at all the chaos in the world I am seeing that many of us are responding in fear. Many in the world are being chased to and fro by the loud barking of “sheep dogs”, driving the mob mentality in various directions of panic. It reminds me of the movie “Babe the pig.” Babe was successful when the sheep were no longer afraid. He didn’t bite and bark at their heels, driving them, without choice, to a pen. He learned their language. He learned their stories. He invited and they chose to follow. In the end he got his reward, “That will do pig. That will do.” I believe the gentle voice of the Shepard is calling to us. Will we speedily respond to His voice and inspiration or will we be driven by the barking, biting voices of chaos?

I believe Alma is a great example of how to handle the chaos, loud, barking, driving experiences that surround us. I am grateful for the lessons I learned in my scripture study today. I am not sure if they are messages that you need or even messages that make sense, but I know that my testimony of the Savior has been strengthened today from my scripture study.

What lessons have you learned as you study Alma 8-14?